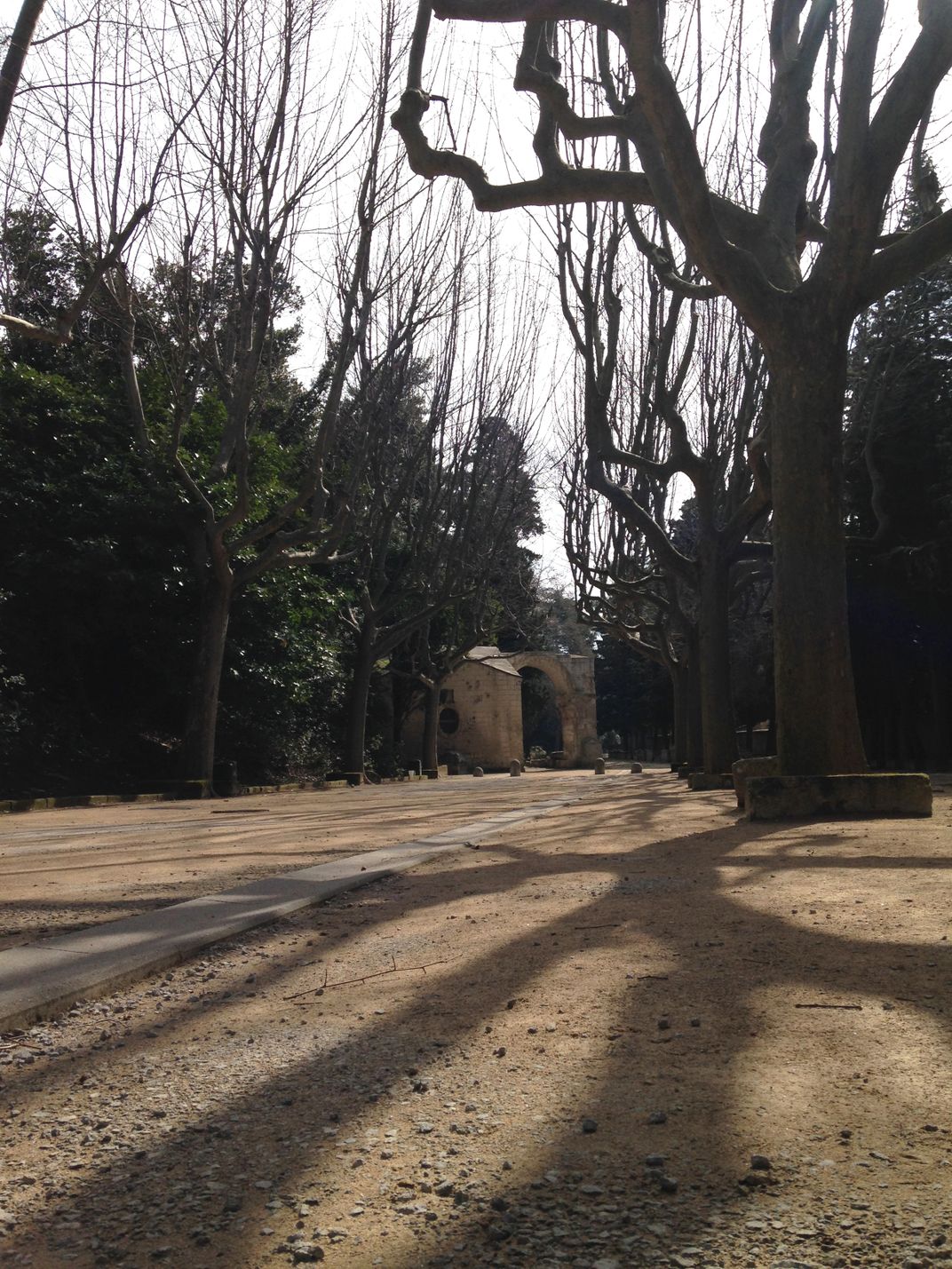 In 2015, I took a six-month sabbatical to travel through Europe, learn French, and study art and history. I stayed in 12 countries as far ranging as Ireland, Finland, Greece, and Spain. I was also fortunate enough to spend two weeks at an Artist Residency at Galerie Huit in Arles, France. As an artist and historian, Arles was an amazing place to spend time. Walking in Vincent Van Gogh's and Paul Gauguin's footsteps, not to mention those of ancient Romans, inspired me every day. This photo is of the famous Roman necropolis of Alyscamps, which both Van Gogh and Gauguin depicted in paintings.