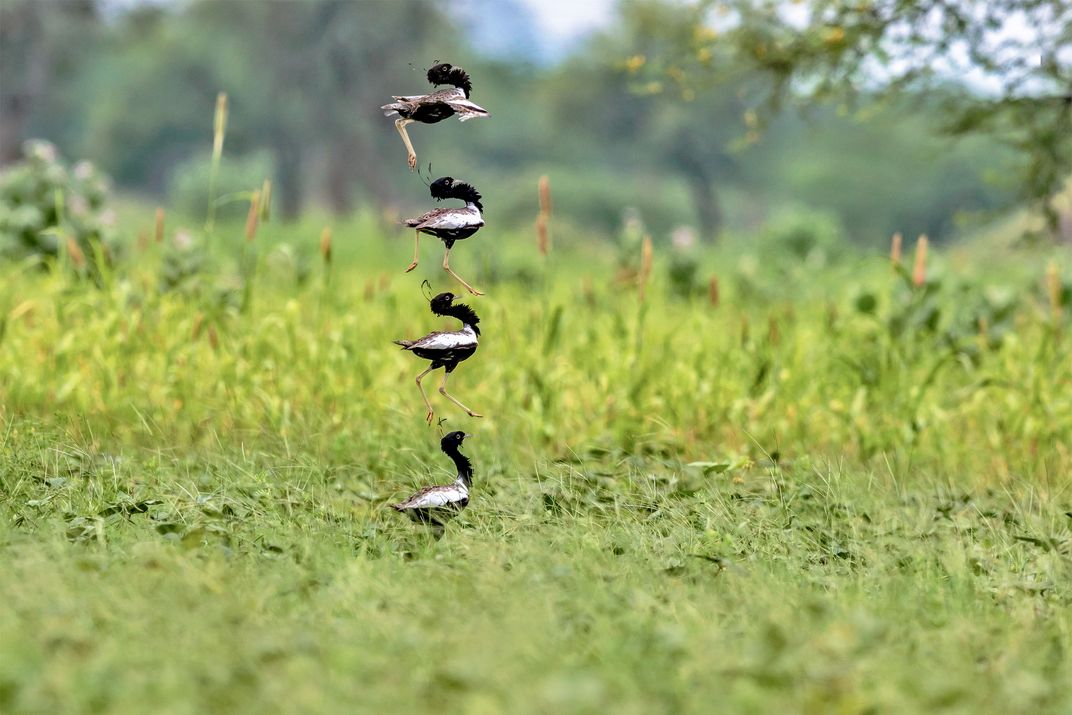 Lesser Florican - the leaping lover! These slender birds, smallest of the bustard species found in India, are famous for their courtship displays and an absolute delight to watch but equally challenging to photograph. During their mating season, which starts with the onset of the monsoon, the male gets spectacular breeding plumage and jumps as high as two meters in the air in an energetic flurry of wing beats, making a frog-like rattle, to attract the female. Currently endemic to India, once found plentiful across the grasslands in Maharashtra, Gujarat, Haryana and Rajasthan, the Lesser Florican is in the brink of being wiped out from the face of this planet. They are considered as threatened according to the IUCN with less than 300 of them counted, in the four states above, down from 3,500 in the year 2000, according to a comprehensive survey in 2018. Location: Sokhaliya grassland, near Ajmer, Rajasthan