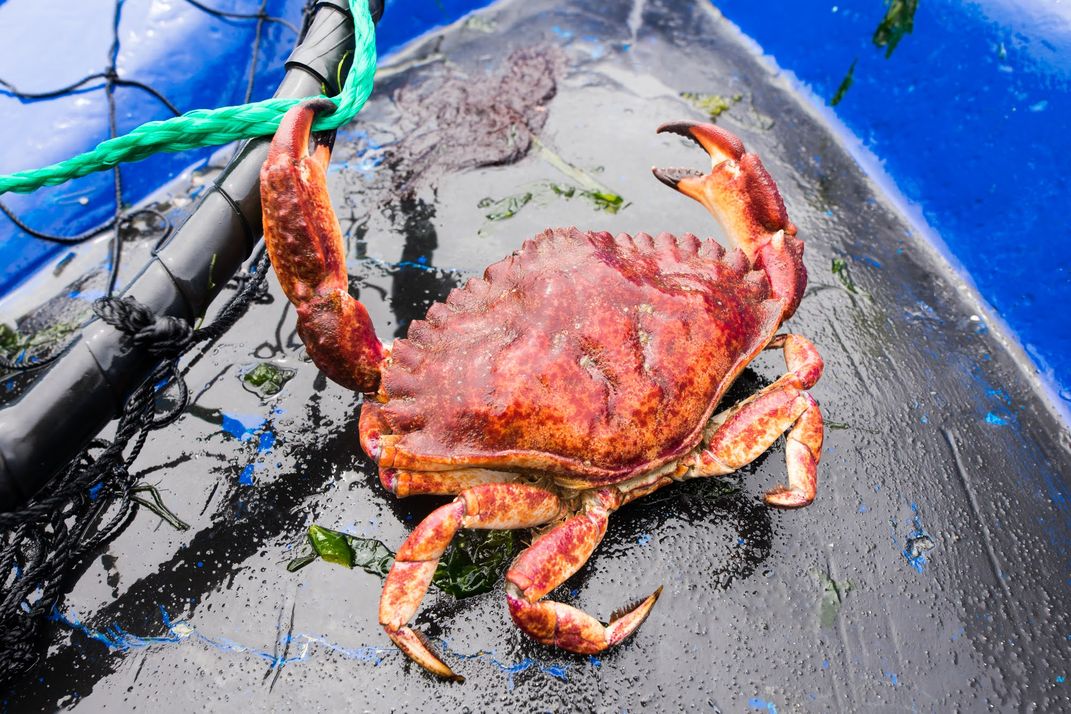 I was in a crabbing boat taking photographs. After the man hauled in the trap, this red rock crab was so tangled, we couldn't get him out. After about five minutes, I noticed the crab was mostly out, but he wouldn't let go of the rope, the very thing that assisted in his capture. The guy gave a brief therapy session to the crab explaining the importance of letting go. When the crab finally released the rope, it was decided that after all that, the crab would be given another chance at life. I threw him back.