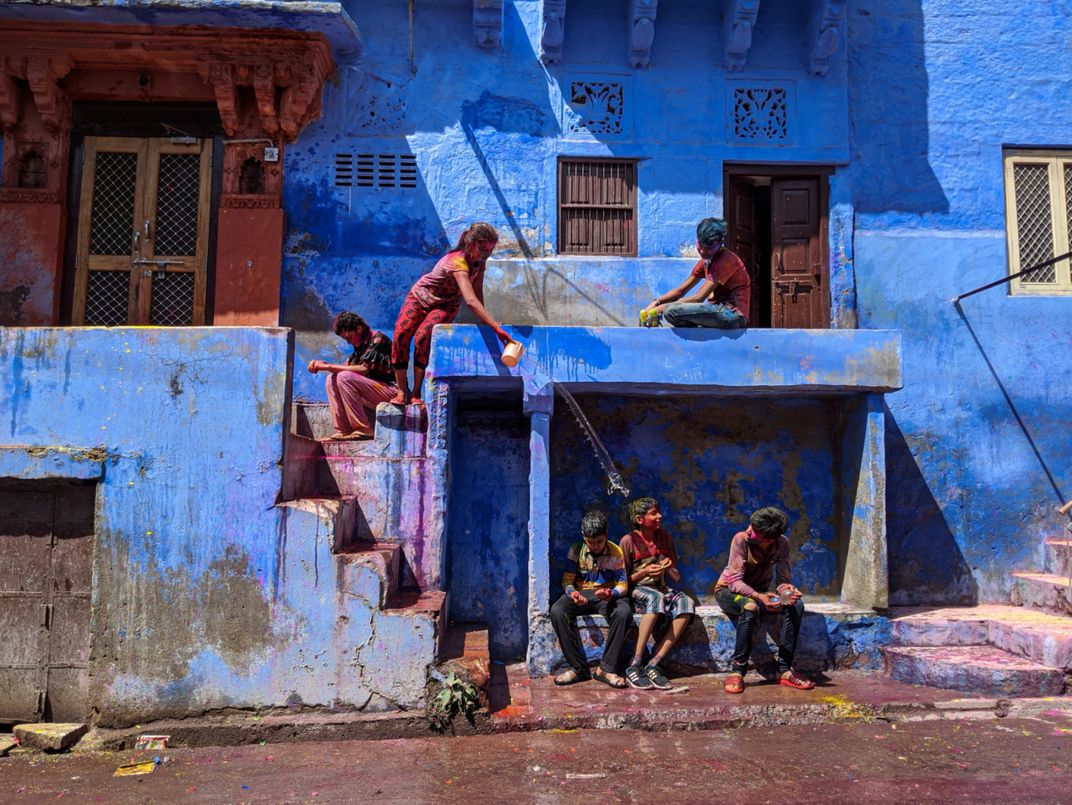 heard about blue city holi from so many people's but nev r got a chance to witness it . In this year I got a chance to experience it . While I was roaming in blue city streets I stopped at a house where some kids were playing holi with other each other . Even they were playing their own games like burst balloon game and colour gun shoot etc so it was just a part of fun . In this moment a girl is putting water pot on couple of boys to take revenge back . The fun along with the celebration part made this frame to me . Blue city is famous for blue painted house nearby to meharangarh fort. So the blue paint house along with the holi vibes forced me to capture these vibes . It's containing blue colour , holi faces , layers , a beautiful revengeful story and a bit drama and action .