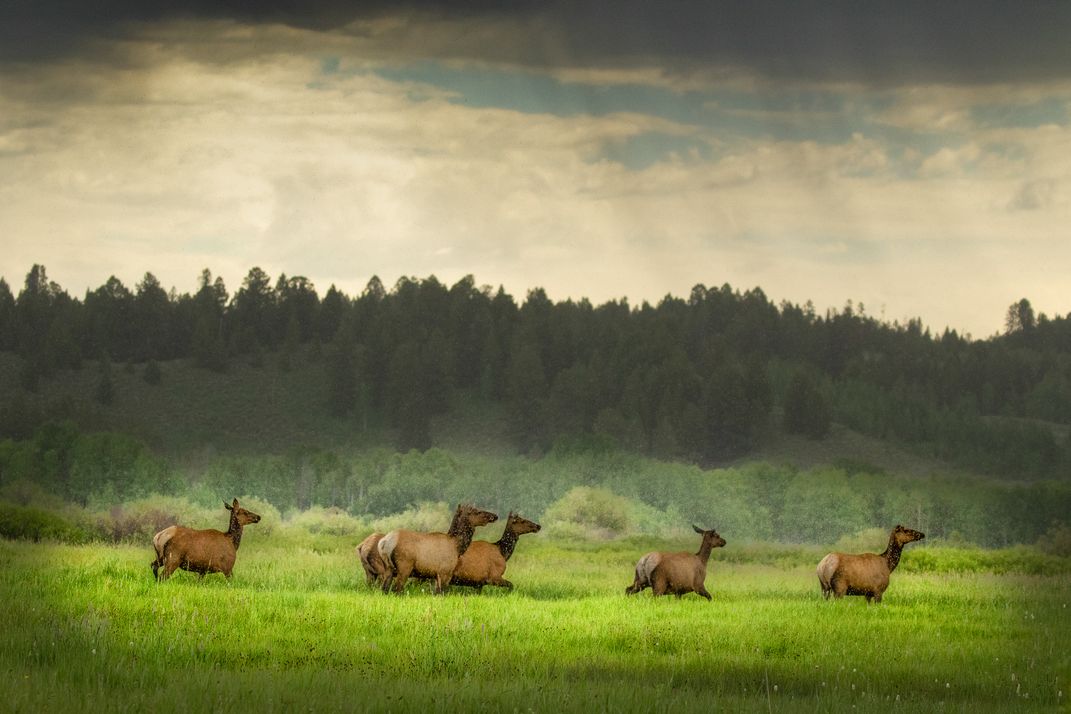 Not only was there a storm brewing above for these elk in the Grand Teton National Park, but there was also a storm brewing across the meadow, as a Grizzly Bear had captured and killed two calves within an hours time. It was quite a dramatic encounter for me to experience, as the elk where stressed and making several calls throughout the morning, as this massive predator was on the attack. It was hard for them to flee, as there was another grizzly with cubs on the other side of the meadow.