Home People Life on a foot over bridge! 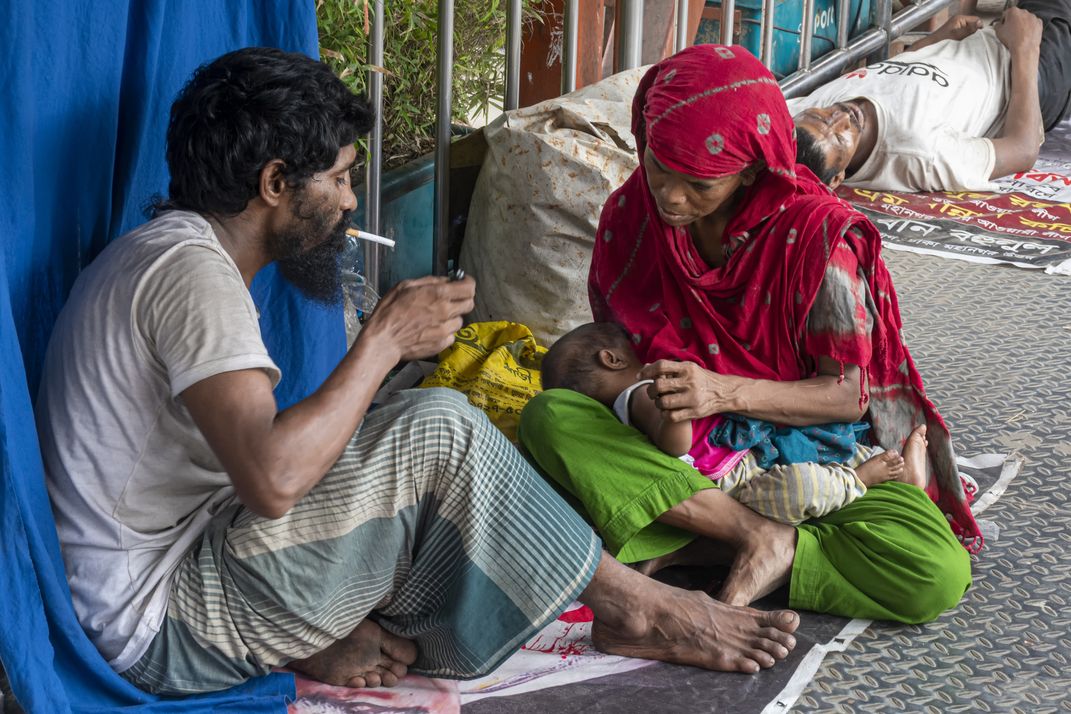 Yes, it’s true! Still there are a good number of people like Salam Mia and Nargis Bewa are passing their life on the foot over bridge of Dhaka, the capital of Bangladesh. This couple are both heavily addicted with drug. While talking to the other dwellers of the foot over bridge, I get to kno almost everybody is addicted to different form of drug. Salam Mia was a bus driver by profession, but he never had a valid driving license. After losing his duplicate driving license he tried to get a genuine one but failed to achieve so. Getting frustrated he started taking Yaba and later he got addicted with heroine. He met his present partner Nargis in a drug meet and get affected to each other. They are living together for last 3 years and she gave birth of a baby boy 10 months back. They have no plan where they will live in the winter or rainy season; how they will raise the child or anything even about the near future!