Home People Life on the brink 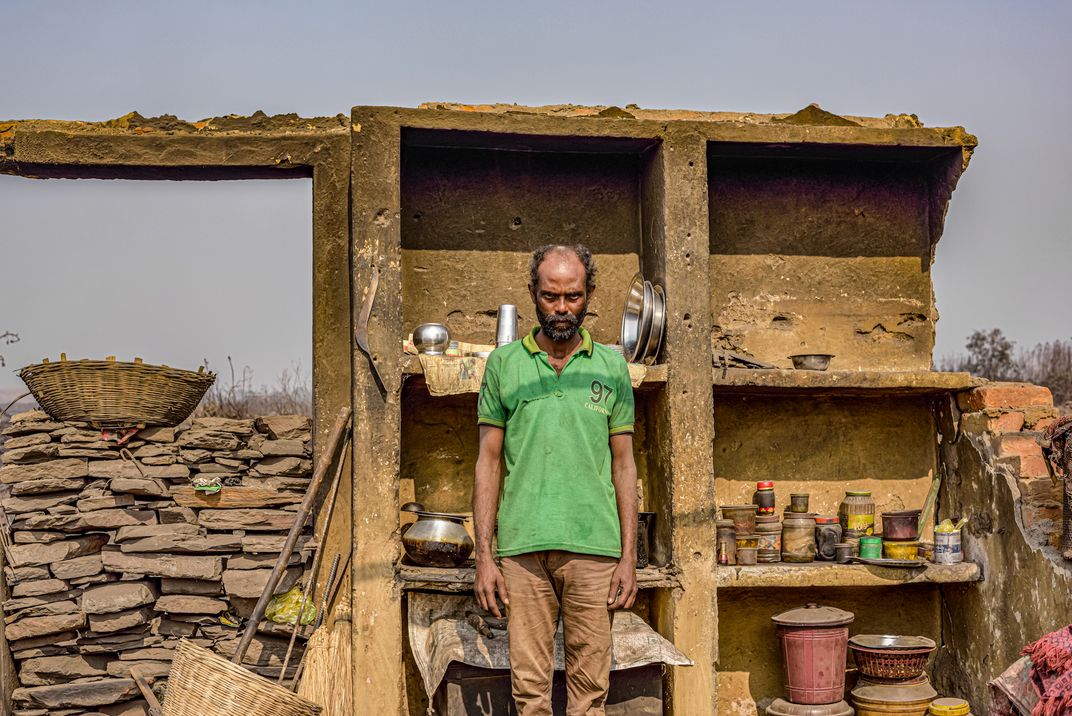 Parshuram Pashwan standing in front of only one remaining wall of his dilapidated house. The scene seemed to me just like aftermath a war and this is the result of blasting at open caste coal mines. The only one wall standing contains shelves with all house hold goods, kitchen utensils the family possess. They sleep under open sky with a blanket hanged on poles. While I go to bed at night the situation of Parshuram Pashwan haunts me and I cannot think how he is spending days on such condition with his wife and 5 year old son. Bhowra is located in  Dhanbad district of Jharkhand state, India. Bhowra is a prime name in the coal mining map of India. Coal is abundantly available everywhere in this Eastern Jharia open caste mines and mine extension is happening continuously by encroaching lands where human inhibits. People have been settled in the place since long although this is government land and I witnessed how extreme is the life on brink where human is trying to settle literally on a mine. Underground coal fire is burning in this region for a century and thus causing hazardous gas emission from almost every where  in the human settlement area. Fumes, road cracks, house wall cracks and land slides can be seen everywhere. While government is working to rehabilitate these inhabitants but they are not satisfied with this alternate measure which is not acceptable as per them and are clinching to the deadly place. The situation is dire and apocalyptic, it feels like you are witnessing end of the world. Blasting used to take place in the mine below and almost every time some house falls due to vibration. These people need serious help and I hope my work can draw some attention.