Home People Life Under The Shadows Of Sinabung Eruption 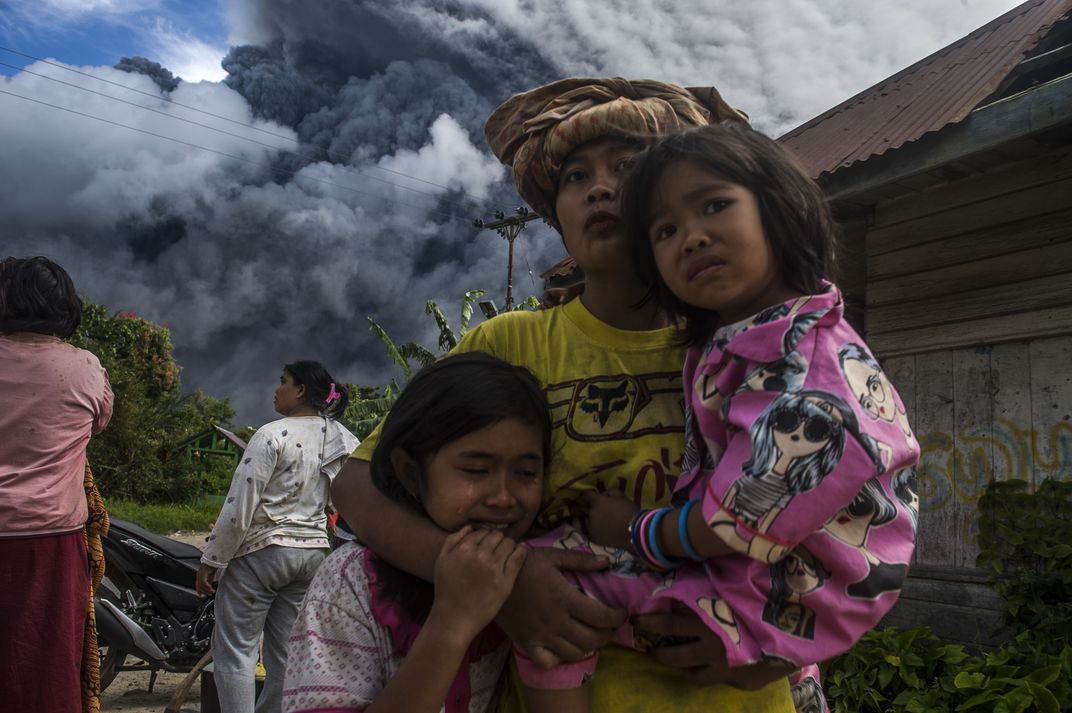 A farmer hug her daughter during Sinabung volcano eruption. Photo taken at Gamber village in Karo, North Sumatra, Indonesia on August 10, 2020. As many as 28 people died as a result of shock (panic), as well as being hit by giant hot clouds from the eruption of the Sinabung volcano in the series of eruptive events in 2010, 2014 and 2016, including the eruption on August 10, 2020 which affected the psychology of children. Experts research that there are approximately 800 million people living and doing activities within 100 kilometers, or about 62 million, of volcanic craters around the world.