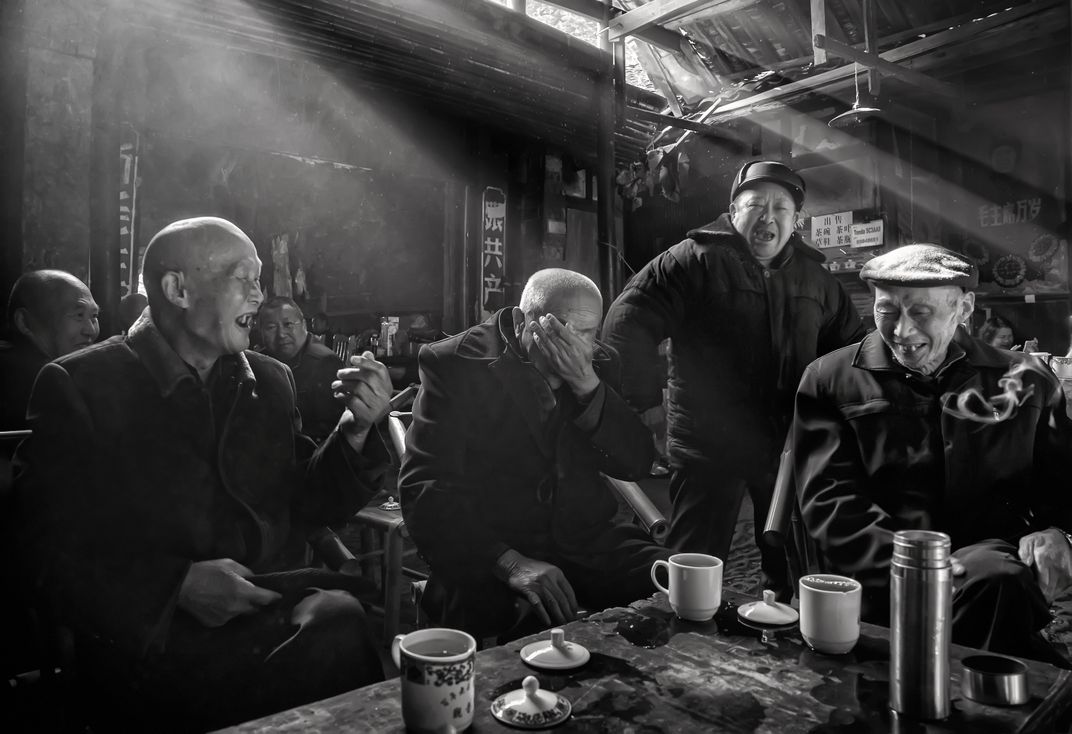 The foray into rural China brings us into a greying society mostly left behind by China's rapid rise as an economic power. China's focus on its modernisation policies has shifted its youth to major cities in an internal migration that left the greying community on its own. Most, if not many of China's cultural identities have been replaced by modern infrastructures and customs, leaving what was once an era of olden China far behind. This image of a group of elderly having some light moments shows us that despite being left behind, they still find moments to cherish among themselves. They are part of The Forgotten Faces of Contemporary China.