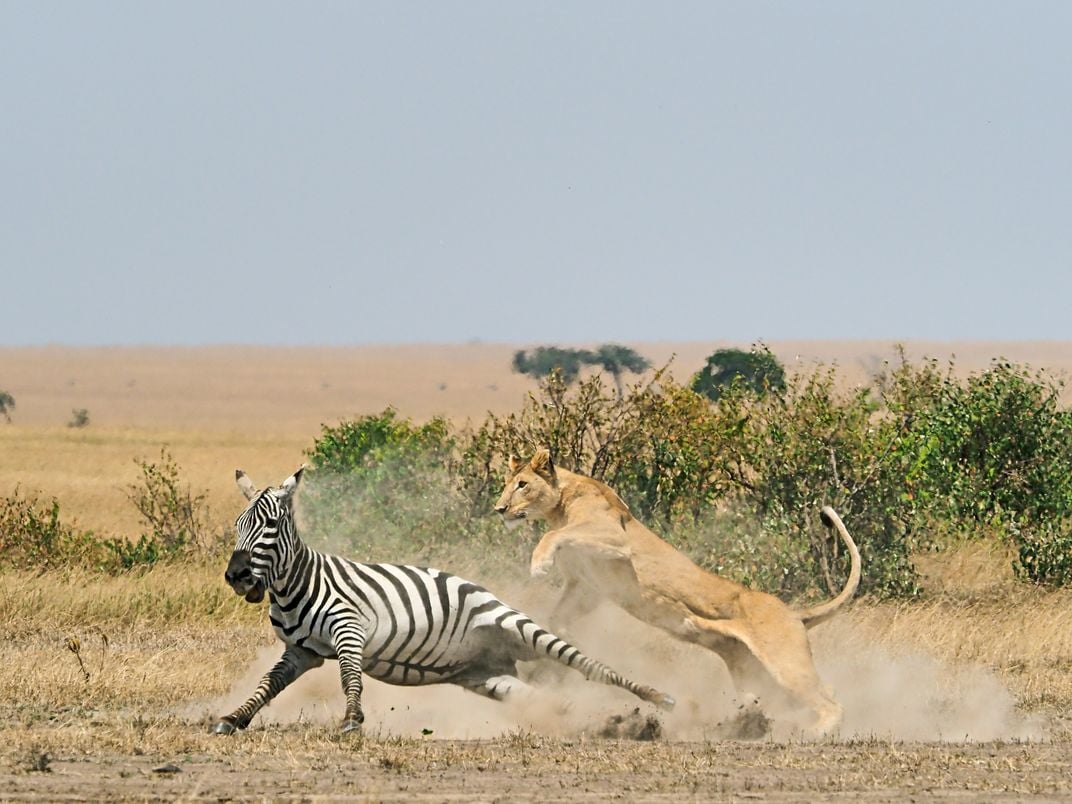 This is one of the ‘Hunt’ series which I captured on my recent visit to the Masai Mara. The Zebra was going for a mud bath when we noticed that it was in the vision of a lioness which was not too far and immediately knew a hunt attempt would happen. The minute the Zebra lay down, the cat charged and it was a successful hunt in the end. I entered this particular image because it shows the essence of the hunt and at the same time captured it in motion.