Home People Living on a Prayer 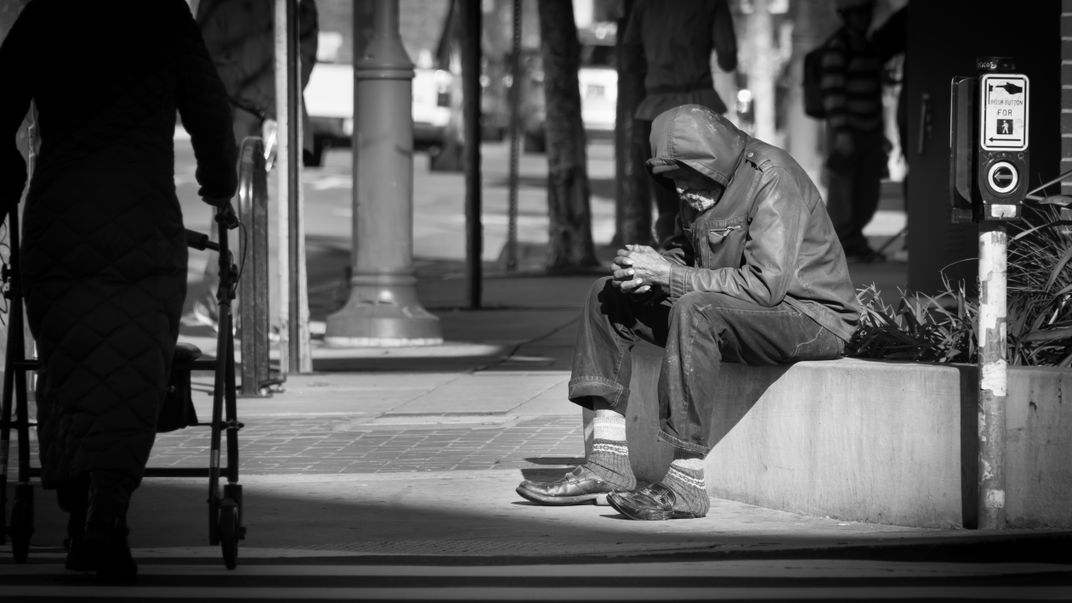 Photographed in January 2017, at a time when America was swearing in a new president; at a time when America was fiercely debating immigration and refugee policies. Amid America's big-heartedness towards world refugees, it seems that it may have forgotten, forsaken its very own. This man is without a home, roaming streets during the day, perhaps only seeking refuge under freeway bridges or culverts at dark. He is a "refugee" in his own side of the border; and living on nothing but a prayer.