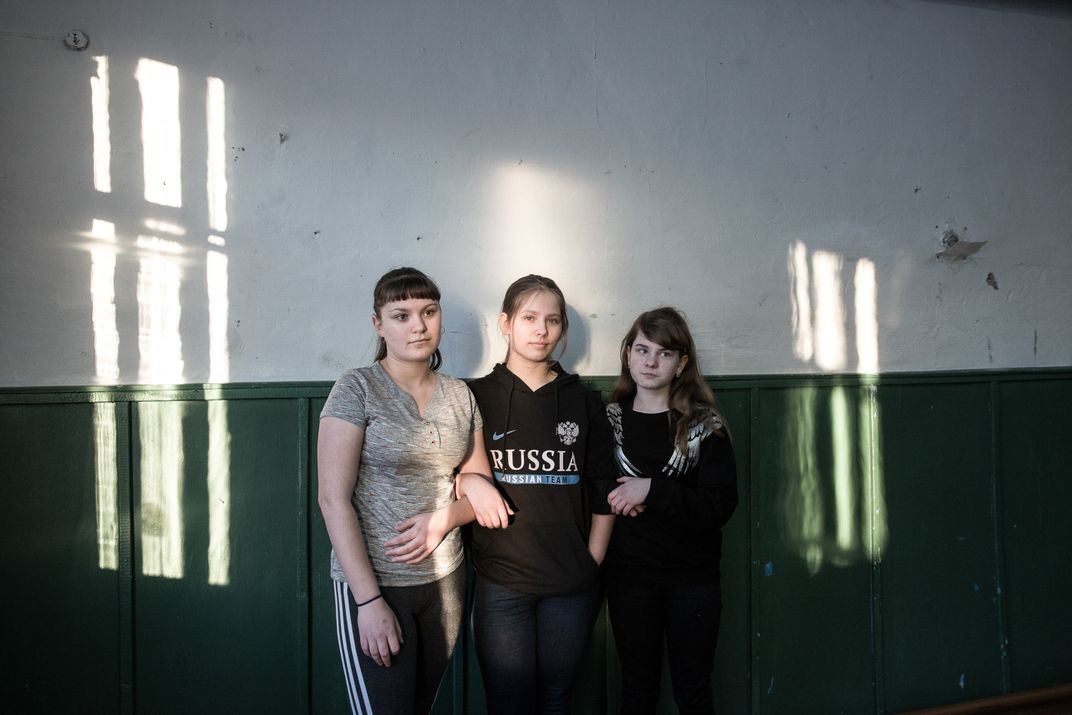 Near the village of Madmas in the Komi Republic, the federal government has decided to build a landfill for the disposal of solid household waste from Moscow. It was said that no one lives on this territory. Local residents organized a protest and defended their land. It turned out that there are many villages on this territory. The locals love their land and do not want to leave. In many villages, population growth was noted due to the birth rate. Girls at the local Sports House. There are youth teams in various sports in the village, they regularly win prizes at regional competitions.