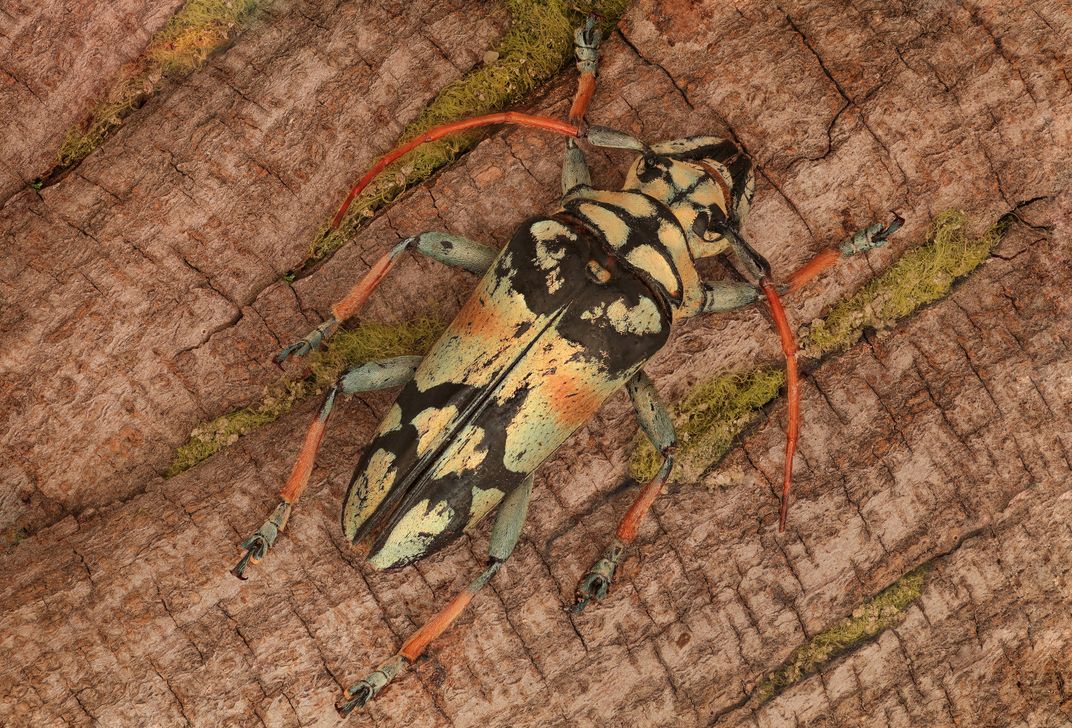 The Longhorns are characterized by their long antennae, sometimes much longer than the beetles body. Longhorns beetle is considered a serious pest . The larvae, called roundheaded borers, bore into wood, where they can cause extensive damage to either living trees or untreated lumber .. Adult females lay 45–62 eggs in their lifetime by chewing a small pit through the bark of the host tree to the cambium and lay one 5–7 mm (0.20–0.28 in) long egg underneath the bark in each pit. Eggs hatch in 13–54 days depending on temperature. Eggs that have not developed enough, such as those laid in late summer or early fall, will overwinter and hatch the following season.