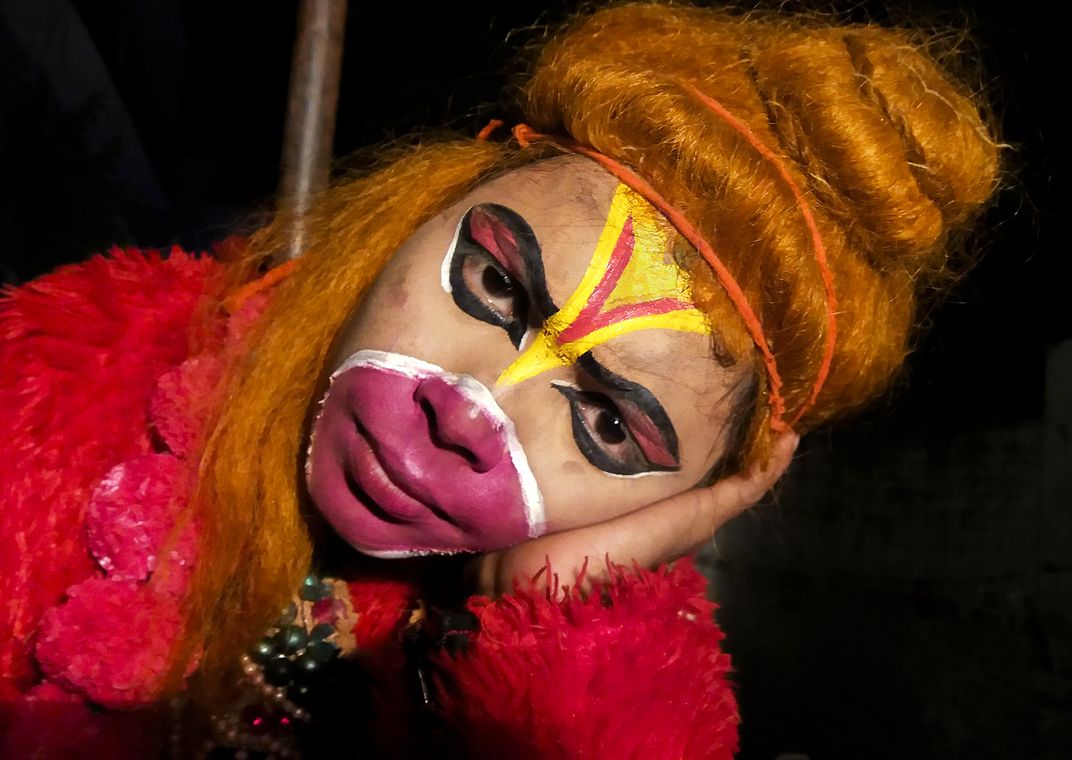 The actor playing Lord Hanuman's role in Ramleela (a theatrical portrayal of the epic Ramayana) in Dusshera mela in Mohammadi Kheri, Uttar Pradesh. Dussehra is one of the most prominent festivals celebrated in India. The festival is celebrated to celebrate the victory of Lord Rama over Ravana i.e. victory of good over bad. Every year around 20 days fair is organized in cities and towns by municipalities in which local theatrical artists play Ramayana in front of the masses. This picture was taken when the actor was playing his character.