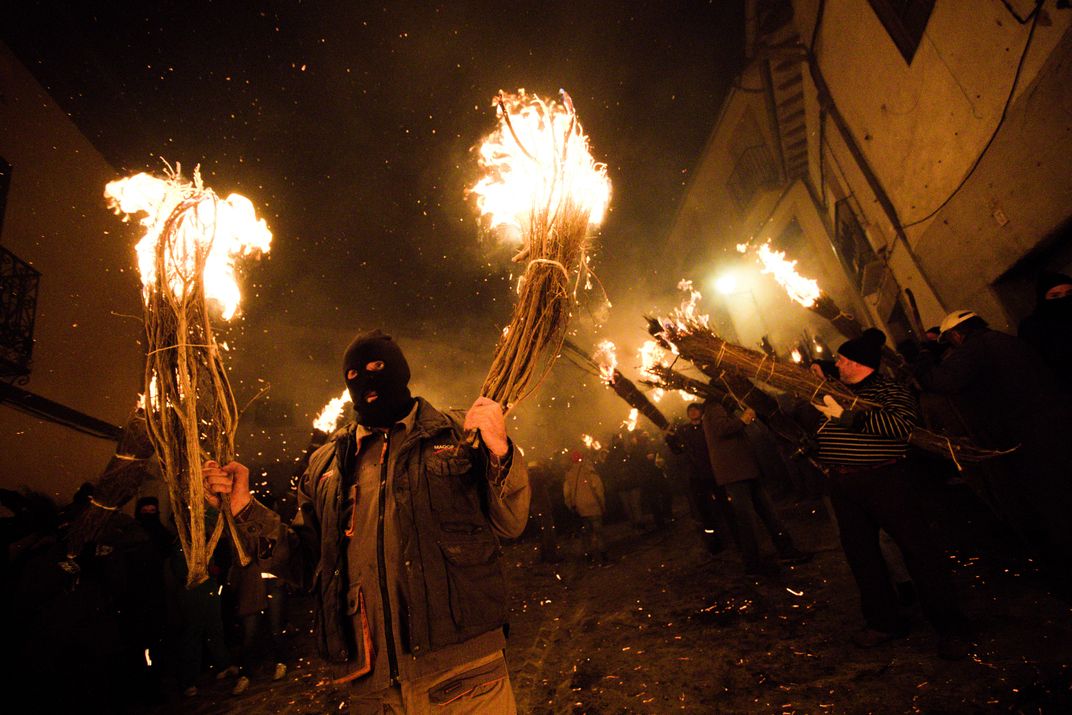 In Jarandilla de la Vera (Spain), tradition dictates that people celebrate the Immaculate Conception by hitting each other with brooms on fire. According to the local people, the "Escobazos" festival of the comes from a shepherding tradition. It seems that when the shepherds returned from the mountain, they lit up their path with blazing brooms which they would put out by beating, hitting each other playfully, when they got to Jarandilla. The streets of the town turn into a spectacle of light and fire with all the excitement of the inhabitants' brooms hitting each other [Text from www.turismoextremadura.com]