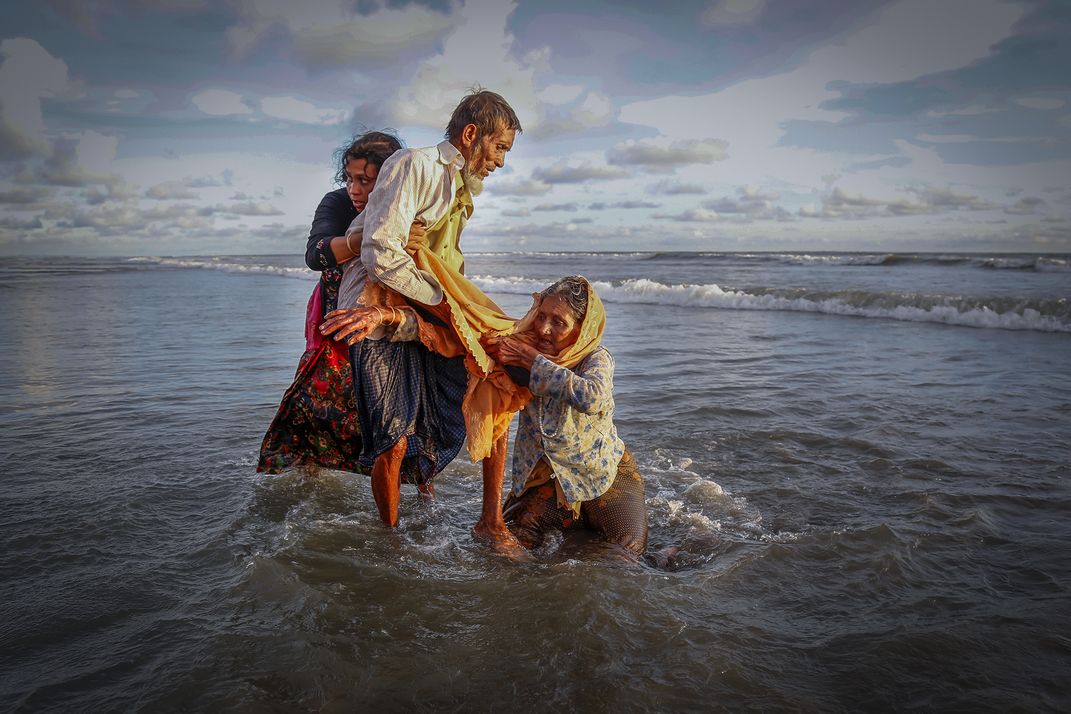 Rohingya people enter in Bangladesh, Risky way passing through the Bay of Bengal by fishing boats. They lost their citizenship status in Myanmar, then someone lost her husband, someone lost her child, someone has lost his parents, Someone has lost his wife, Young women are raped by the Myanmar Army every day, Then, Killing him burned in the fire, somebody’s throat cut and killed they says. So, Rohingya Peoples are fleeing and entering to Bangladesh from Myanmar rakhine state for save their lives through the many different borders. The government of Bangladesh and the general people are giving shelter to humanitarian causes and extended their hands to sympathy. According to the United Nations and Government of Bangladesh newly arrived till now, more than 700.000 thousand of Rohingya people.