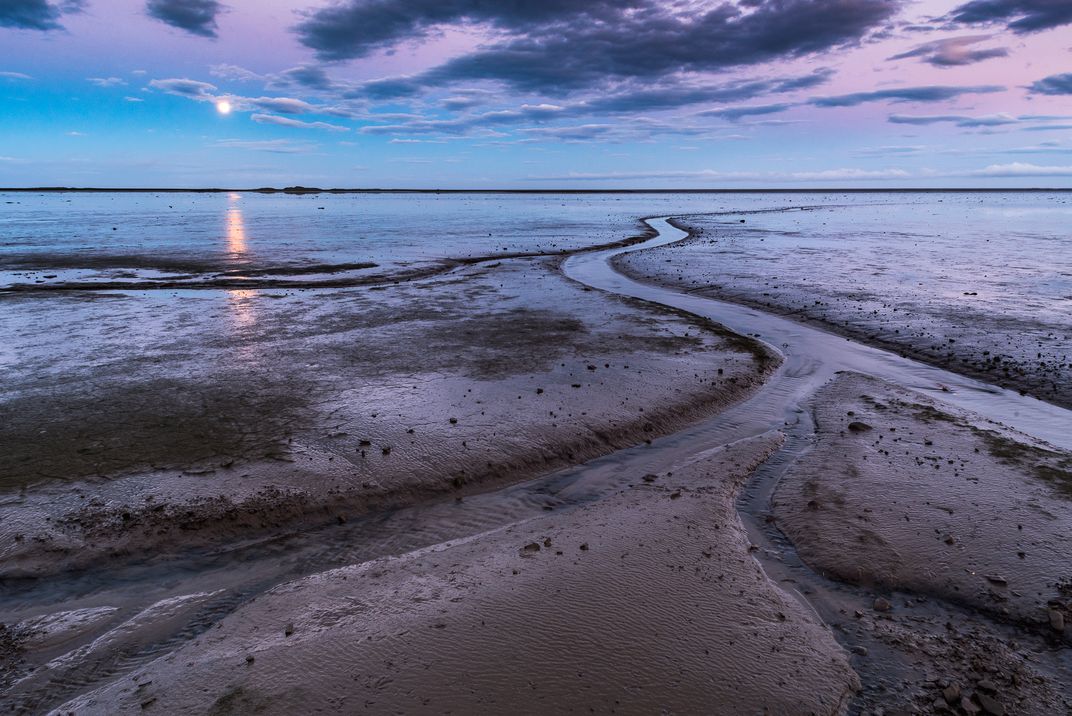 Location: Stokksnes, Iceland Description: If we look at the coast for long enough, we will see that the level of the water rises and falls: the sea fills the coast to the limit and then retires discovering rocks and beaches. This phenomenon is known as the flow of the tides, and is caused by the gravitational force exerted by the Moon (and to a lesser extent the Sun) on Earth. Our satellite attracts Earth, and along with it the water of the seas and oceans. When the Moon and the Sun are aligned, the forces of attraction on Earth add up, giving rise to the living tides. In the photograph, taken during the darkest hour of Iceland's summer, there is a beach at low tide with the full moon peeping over the horizon. Between the frozen waters, a stream descends, sculping its way into the sea. The tones of the sky are the darkest that the region knows in the summer months, during which the Sun, in its lowest position, remains just below the line of the horizon and makes it difficult to see the stars, even the brighter ones.