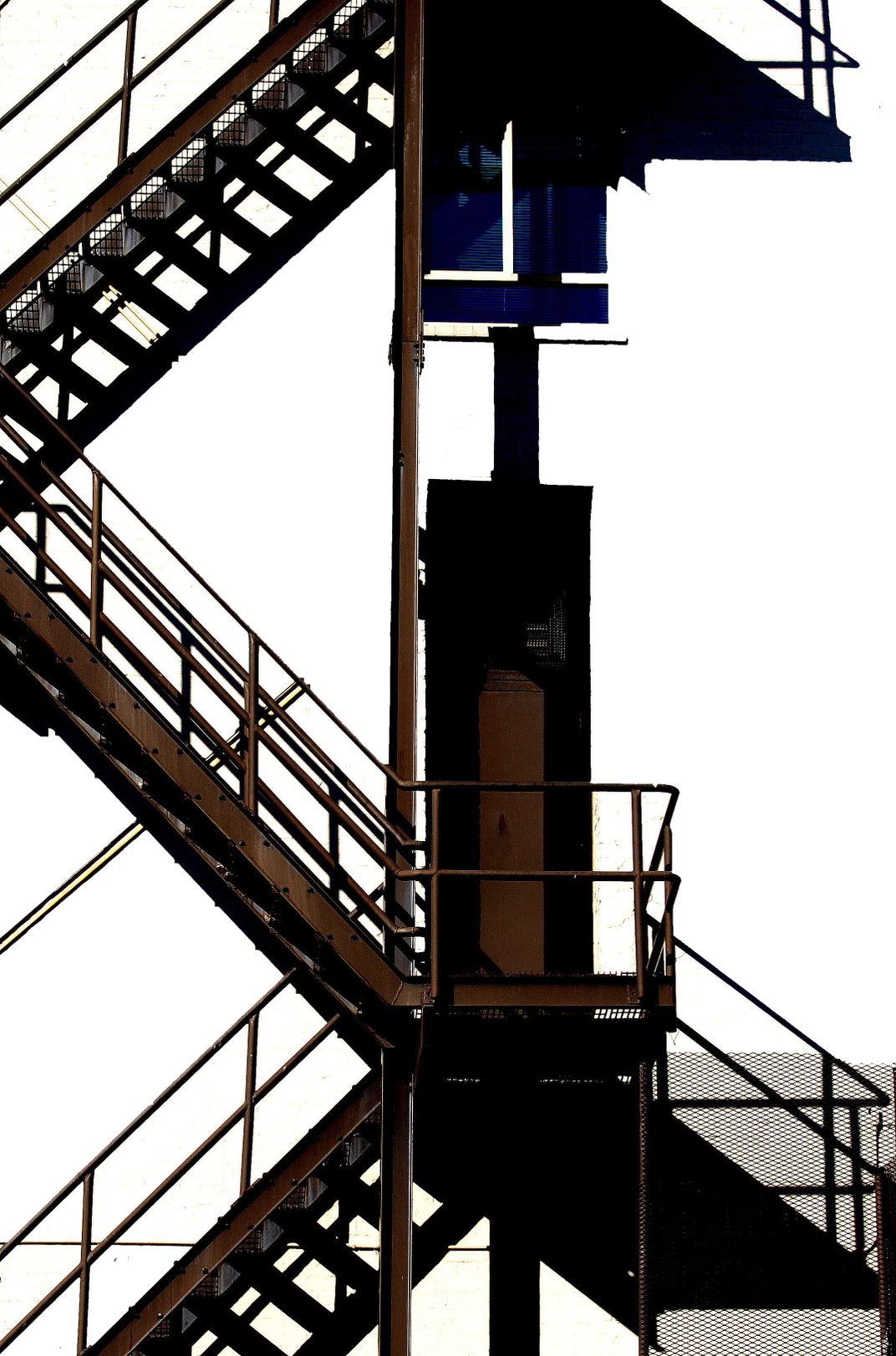 Old areas of New York City have thousands of fire escapes but the starkness of this one caught my eye. The erection of fire escapes on tenement houses in NYC hit their all time high in the 1860's, rarely a building in New York City could be found without at least one fire escape. They were functional in many ways from emergency egress to social balcony gathering places, used for drying laundry to cooling off on a hot summer night. This one in the South Seaport area was a stark reminder of bygone era.