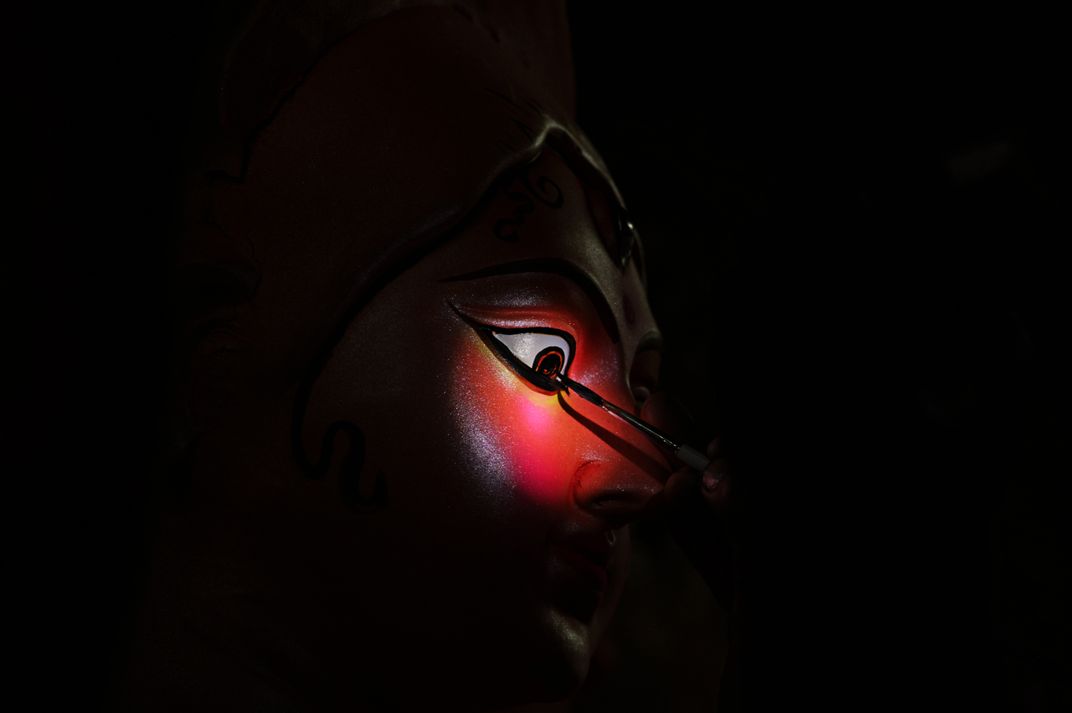 Durga, also identified as Adi Parashakti, Devi, Shakti, Bhavani and by numerous other names, is a principal and popular form of Hindu goddess. She is the warrior goddess, whose mythology centers around combating evils and demonic forces that threaten peace, prosperity and dharma of the good. She is the fierce form of the protective mother goddess, willing to unleash her anger against wrong, violence for liberation and destruction to empower creation. Durga Puja is the Big Festival of West Bengal (India). This Durga Puja brings happiness to our village every year.