Home People Made In Turkey 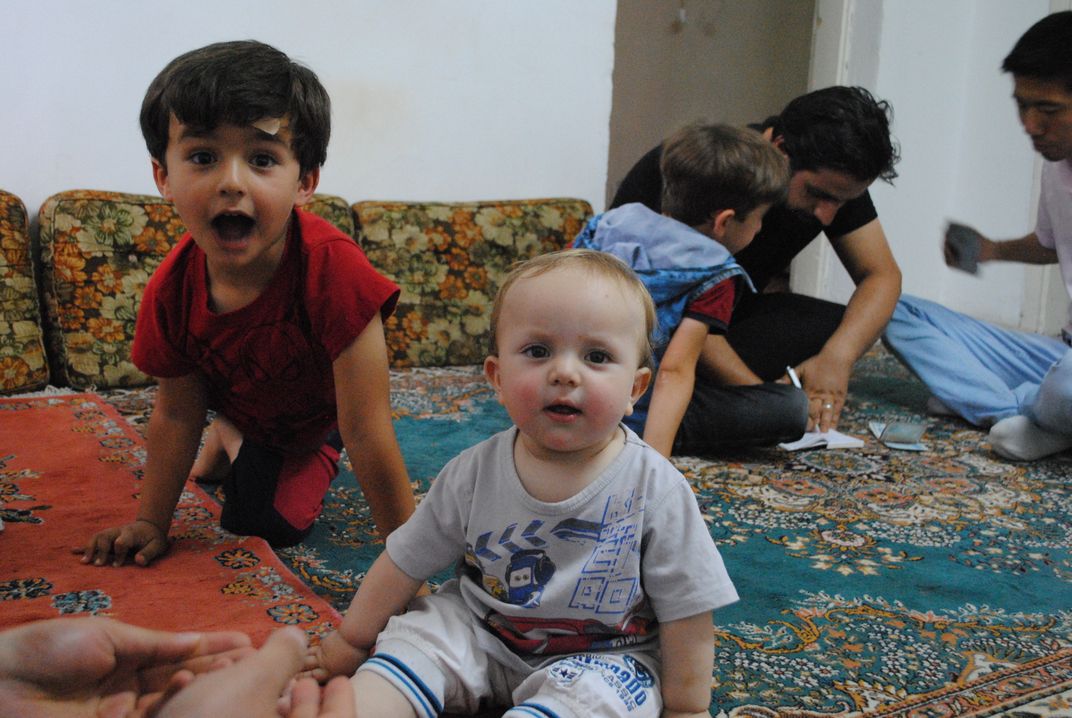 Ammar and his family fled to Ankara from Aleppo in 2015. Ammar has three sons, the youngest, Ahmet was 10 months old and was born in Ankara. According to Turkey’s Disaster and Emergency management authority (AFAD) at least 170,000 Syrian babies have been born in Turkey since refugees started coming into the country. Ammar cannot walk due to a cruel genetic disease. He and his family receive finical aid from Turkish government and European Commission. I went to Ammar's house with Wu and Jihad. Wu is from China, runs a Chinese restaurant. Jihad is his friend and interpreter from Palestine. They met in a Turkish language learning center. Wu and Jihad come to this neighborhood regularly to visit and help Ammar family since 2016. Wu is the one in the back talking with Ammar. From this photo We can see Jihad's finger, he was trying to play with baby Ahmet. Ammar's wife was also in the living room, but she didn't want to be seen in the photography.