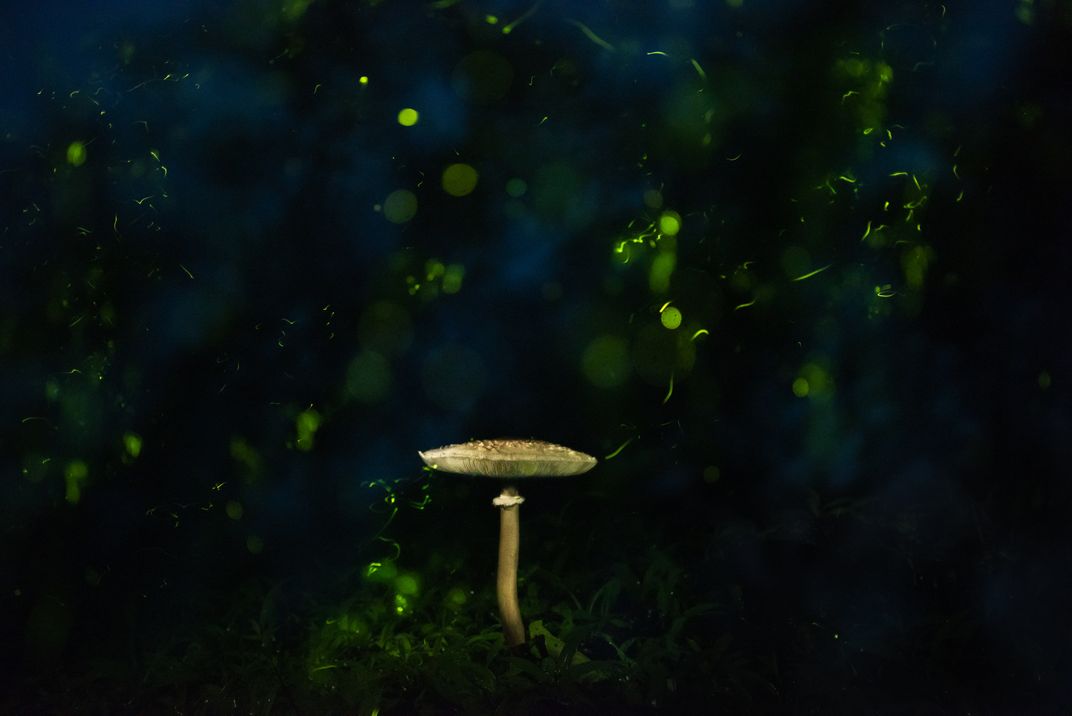 This otherworldly scene happened during a heavy downpour night. I went on a jungle hike in the mountains which are few hundred kilometres from my house. I specially went there for watching gatherings of fireflies which usually happens every year during start of the monsoon. Me and my friends spent an entire night walking through the forest to find a perfect tree with highest number of fireflies gathered on it. At midnight we came across this particular tree where number of blinking fireflies was unbelievably high. It was almost a dreamlike scene to witness. I clicked a few typical slow shutter photos using a wide angle lens and slow shutter while putting my camera on a tripod. After few minutes of taking obvious pictures I wanted to create something unique which can somehow give justice to the magical scene. I started observing the scene using different angles and perspectives. exactly then I observed a white mushroom, a few inches tall growing at the bottom of the same tree. I decided to take a picture of a mushroom surrounded with the fireflies.