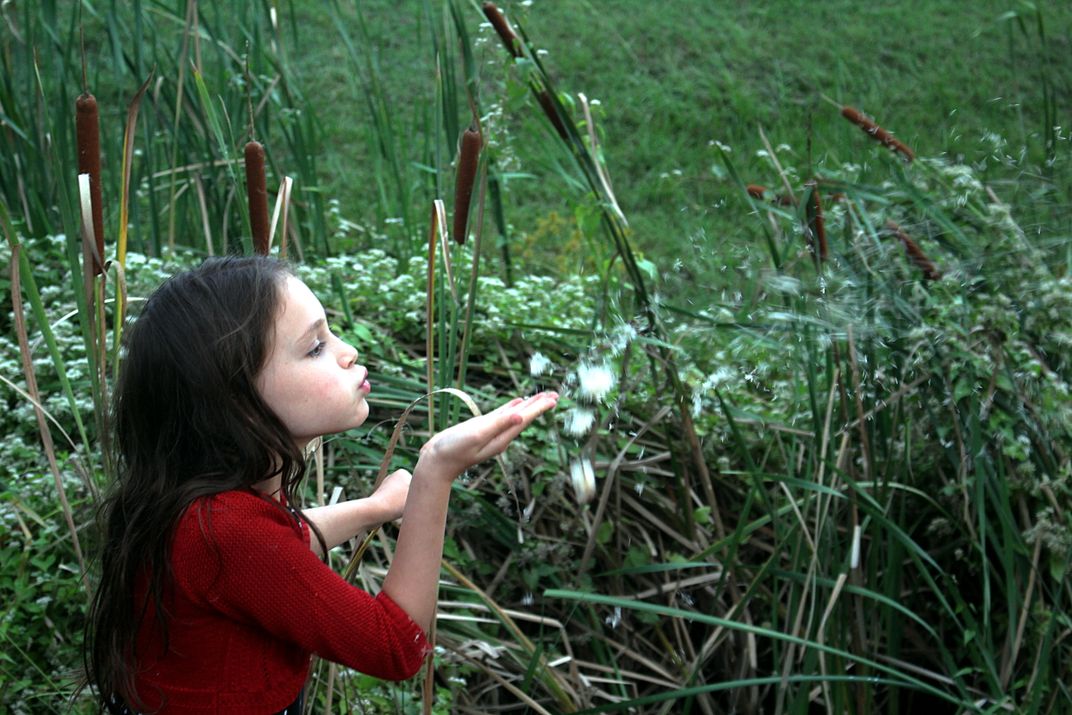 We had just moved our family across the country from Colorado to North Carolina. When we arrived, we discovered that the apartment we were planning to rent smelled like cigarettes, so we didn't move in. Instead, we found ourselves homeless with three kids, two cats and a beta fish in a strange new place. After calling around to many hotels, we found a room at the La Quinta that allowed all our pets, where we could figure out what to do next. As we were moving some stuff into the hotel room, my daughter was drawn to the cattail marsh at the edge of the parking lot. I followed her and watched as she quietly picked apart a cattail, made a wish and then blew the fluff out of her hand. She wished for us to find a good place to live and two days later her wish came true. In the midst of all that chaos, i was able to capture this one magical moment, full of so much hope.