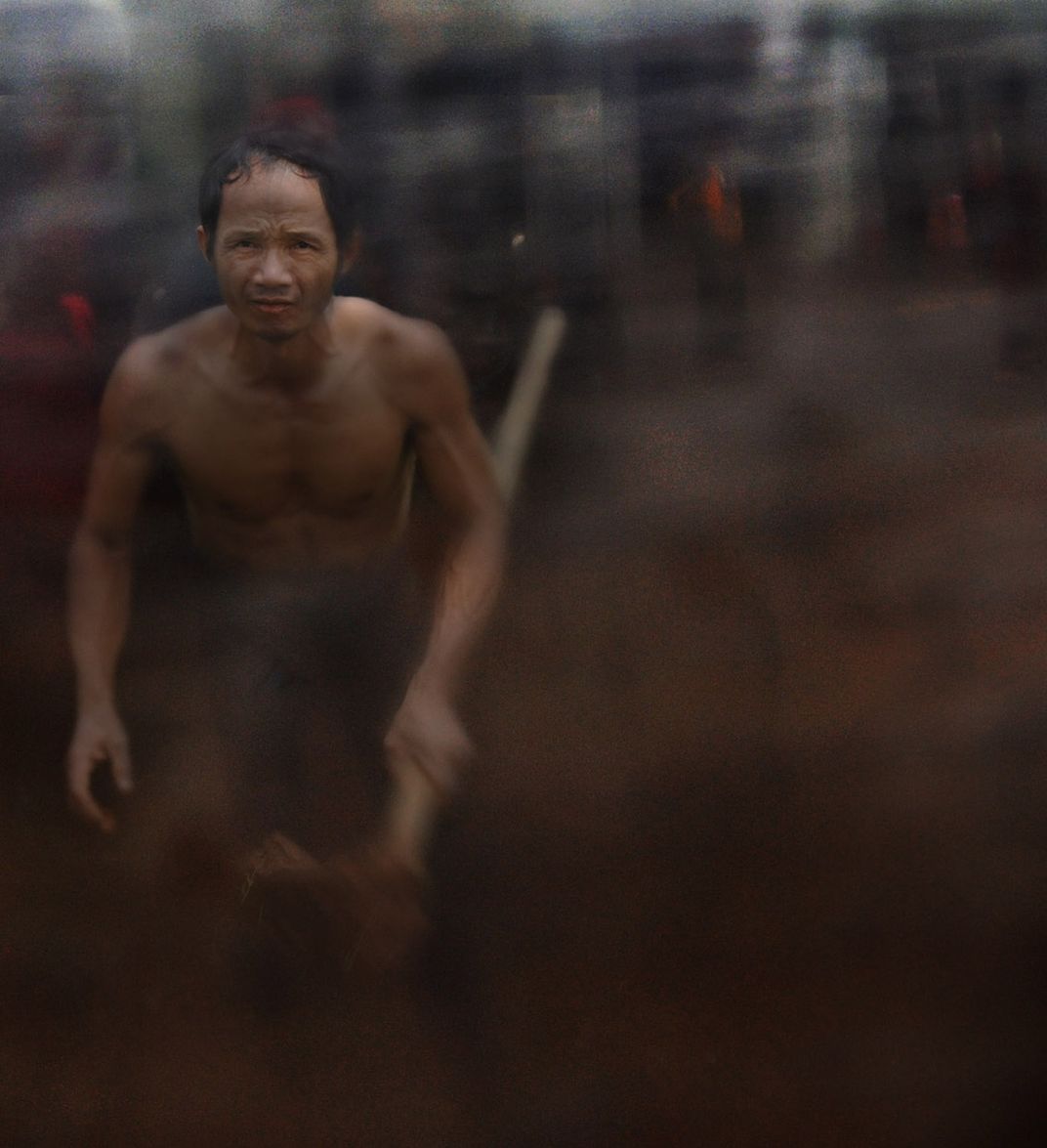 Each Palimpsest photograph is a compressed memory, my version of Chinese Whispers in which by retelling stories that I do not fully understand, I change information and rationalize according to my own beliefs, biases and cultural background. This act, in which I visually reconstruct a memory, suggests the absence of information and the need to fill in the blanks to make sense of what I’ve seen. The recalling of a past experience is not a neutral act as reflected in the work. It changes my role in making the photographs from observer to participant. Memories and fantasies are intertwined, crossing over and interfering with each other, becoming enhanced and distorted with each recollection as I selectively composite each Palimpsest image to reflect my version of the truth, as if changing the lyrics to a well-known song.