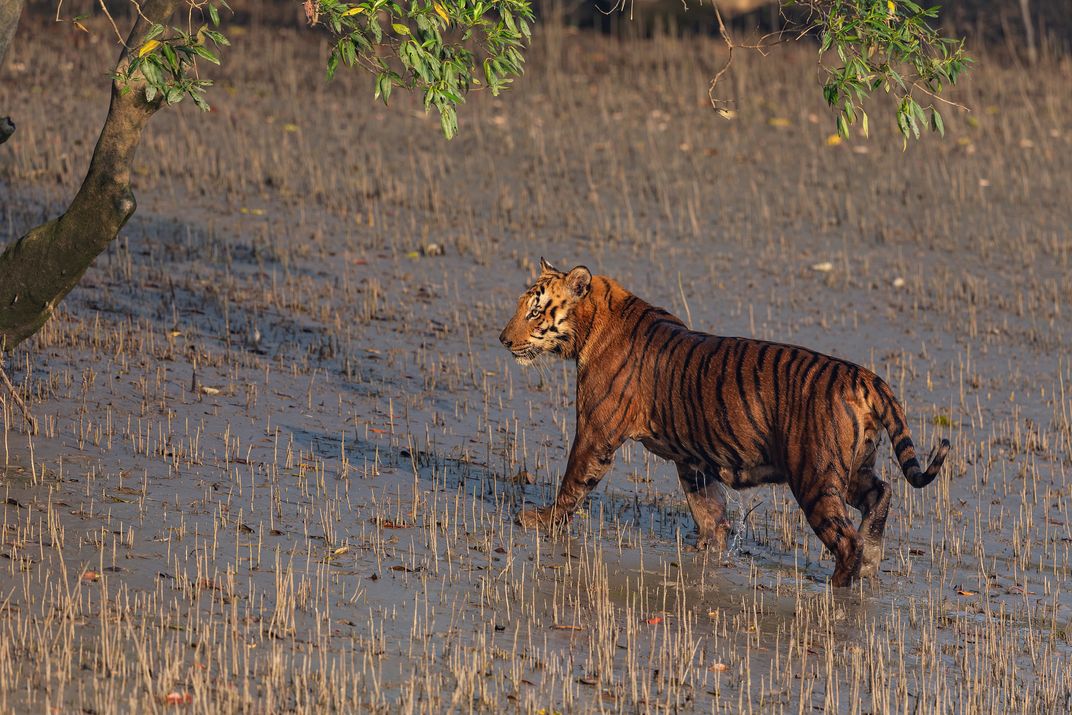 In one lucky day, I was following this, alpha male, Royal Bengal Tiger in the mangroves of the Sunderbans for close to 7 hours while traversing in my boat. I was surprised to see how comfortably the tiger could move on different surfaces ranging from the soft pneumatophores to hard and sharp pneumatophores or from grassland to the snake roots. Most of the time some part of his legs is deep inside the mud but he walked with élan. The Sunderbans on the Ganges delta, spread between India and Bangladesh, is densely covered by mangrove forests. While it supports a sizeable population of the Royal Bengal Tigers and other wildlife, it is also an ecologically fragile and climatically vulnerable region that is home to a large human population which is riddled with poverty. Nearly half a million people depend on the biodiversity resources of Sunderbans for their livelihoods. Due to their proximity to the mangrove forests, they are exposed to a unique set of biotic hazards, ranging from snakebites to tiger attacks. Sunderbans is among the only few places in this world where man is not on top of the food chain. The tiger's predatory instincts clash with human nature constantly in the Sunderbans, leading to a deadly battle for survival between the two. Location: Sunderban Tiger Reserve, West Bengal state, India