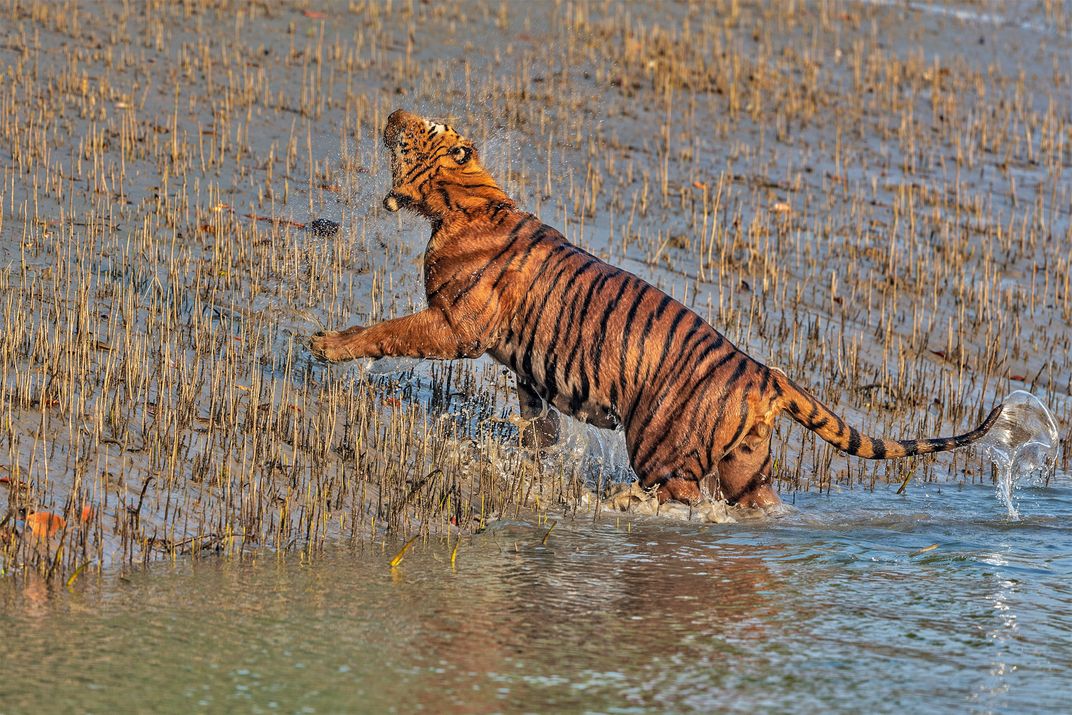 One of the largest remaining areas of mangroves in the world, the Sunderbans is intersected by a complex network of tidal waterways, mudflats and small islands of salt-tolerant mangrove forests. Sunderbans supports an exceptional level of biodiversity in both the terrestrial and marine environments, including significant populations of the majestic Royal Bengal Tiger. Sunderbans tiger is different from any other tiger in India and in rest of the world because of its adaptability to the unique mangrove habitat. Its aberrations are actually its adaptation to a hostile land which renders it perpetually under stress. Tigers in Sunderbans eat fish and crabs, can swim very fast in the big rivers, drink salty water, & take their prey in broad daylight even human beings. Here this tiger is shaking off water from his body just after crossing a big river before he starts his prowl in the dangerous maze of the mangroves. Location: Sunderbans Biosphere, West Bengal State, India