Home People MAN PRAYING IN THE RIVER GANGE IN VARANASI 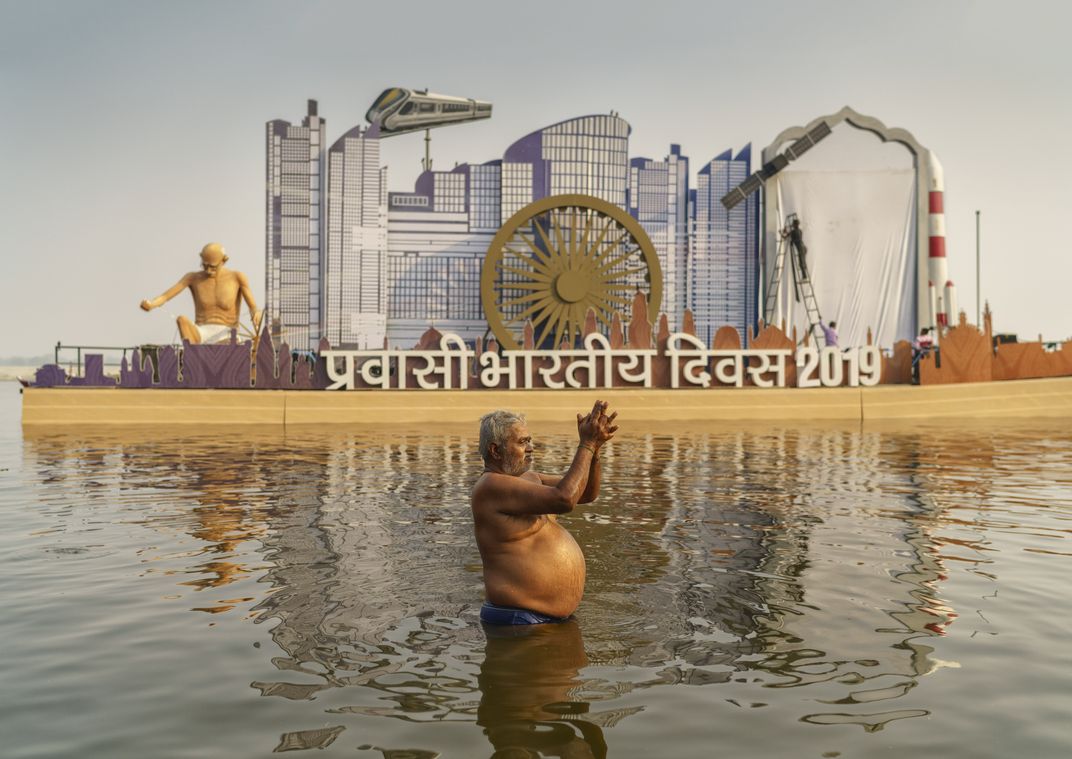 In Hinduism, the river Ganges is considered sacred and is personified as the goddess Gaṅgā. She is worshiped by Hindus who believe that bathing in the river causes the remission of sins and facilitates Moksha (the liberation from the Saṃsāra, the cycle of life and death). They also believe that the water of the Ganges is very pure, while it is higly polluted and is the subject of a propaganda campaign by the government, which claims to be able to clean it up in less than 2 years.⁠