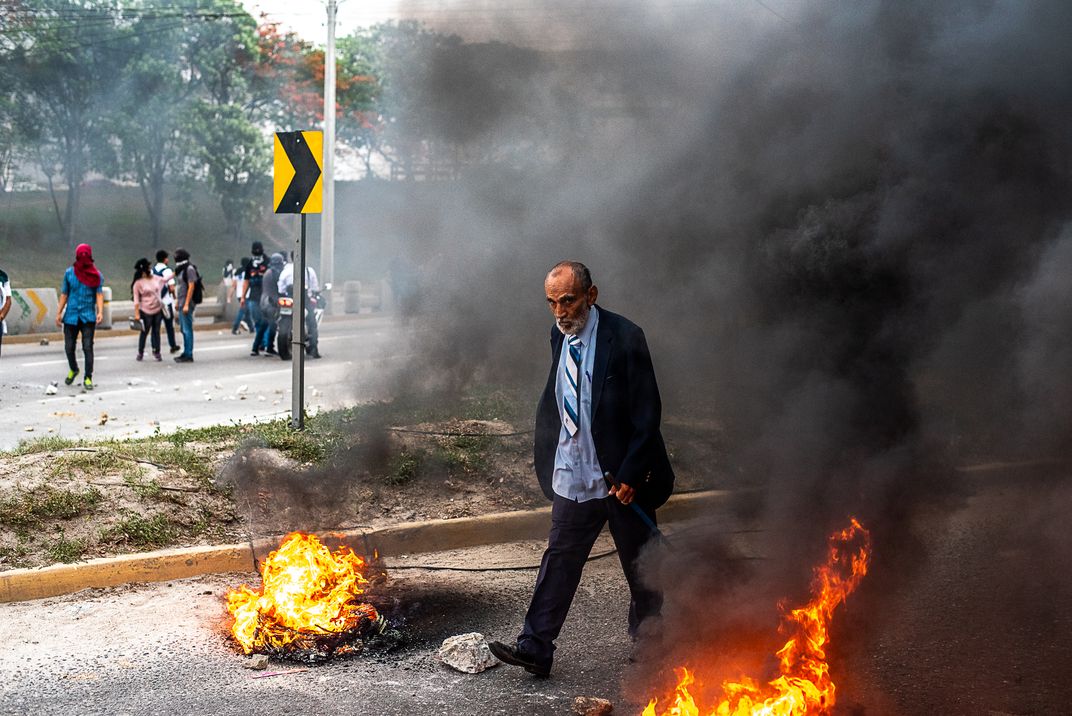 A man walks through burning tires used as roadblocks during a protest 6-25-19 in San Pedro Sula, Honduras. The protest was carried out by public university students from UNAH, and included faculty, public, social activists, and even high school students--all opposed to the privatization of the education and health sectors. Protests have been often and regular ever since the coup in 2009. After 10 years of struggling against a corrupt government and violent repression, little has changed. Honduras has an overlooked and misunderstood population that has continued to wander through a maze of illusory governance, only to be mistreated and shunned by the US when they show up to claim political asylum, when in fact, the US is largely responsible--by way of imperialism--for the condition that these people live in.