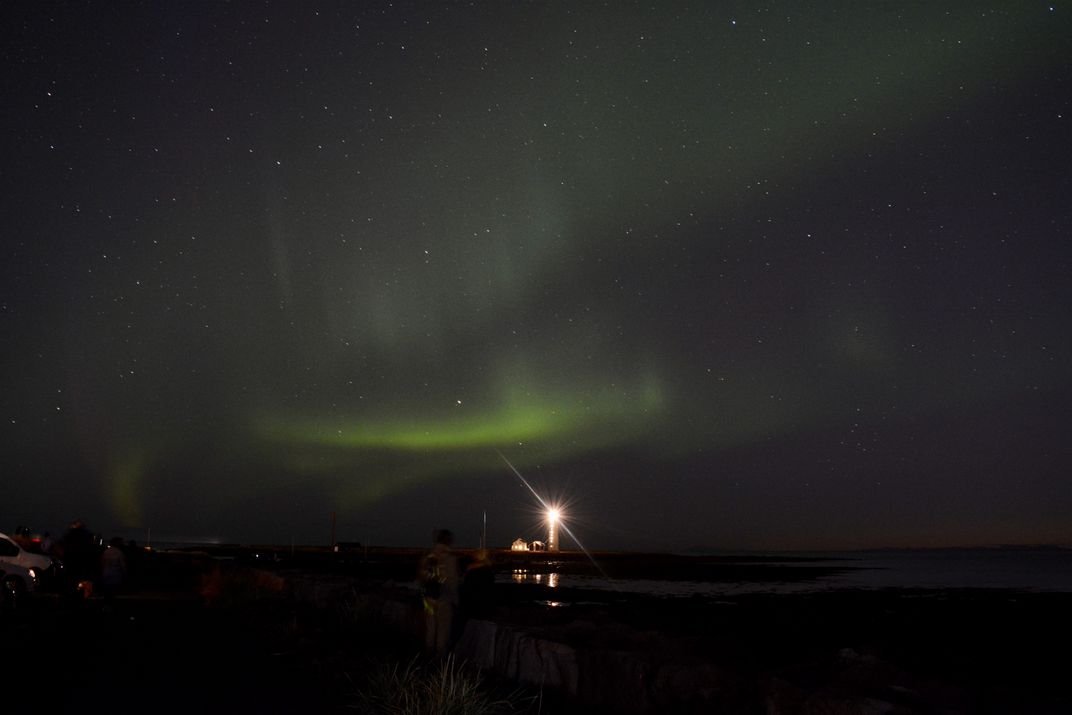 This photo shows a man in the foreground watching the first glimpse of the Northern Lights at the Grotta Lighthouse in Iceland on September 2, 2019. right after midnight Iceland time. I was on a father-daughter trip to Iceland and my flight was cancelled so my Dad had left the night before. I decided to go out and set up my tripod and try my best to see and capture a photo of the Northern Lights. As I clicked to take the photo I saw this man, barely seen in the foreground, watching and gasping as he met the Auroras for the first time.