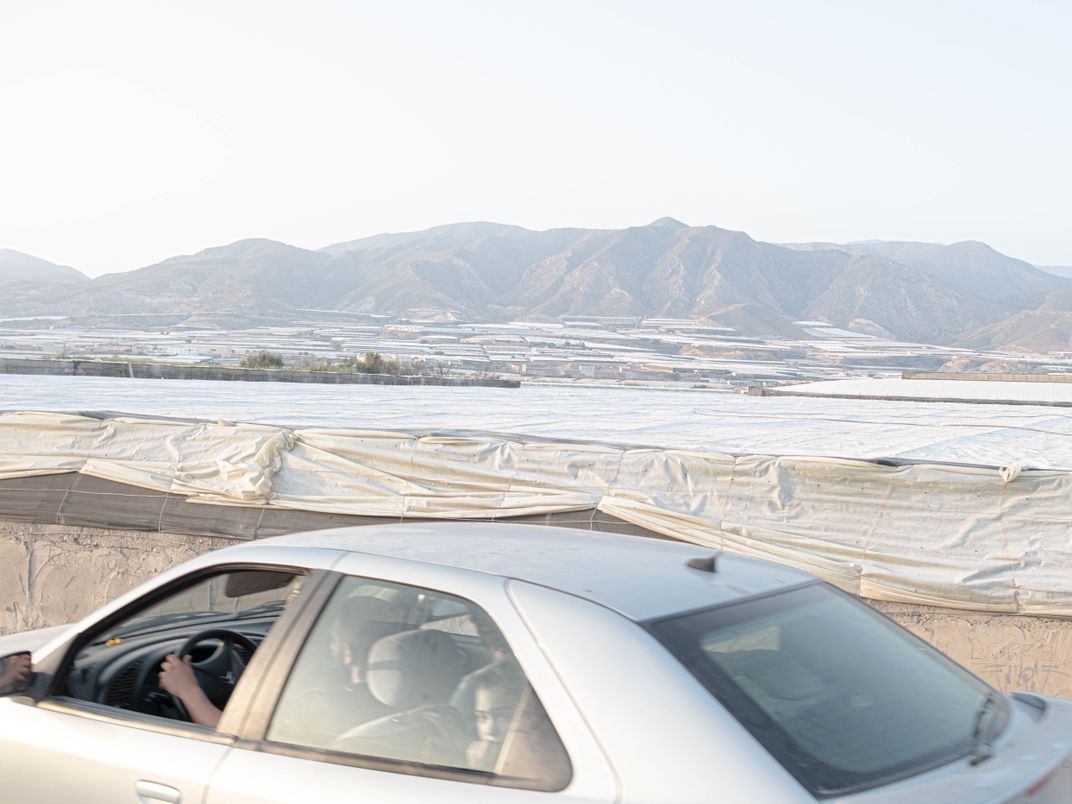 Greenhouse fields in southern Spain, also known as ‘Mar de Plástico’ (Sea of Plastic), in the province of Almeria. Around the vicinities of Adra gates hide, not just hectares of greenhouses, but dying lands affected by waste pollution and chemicals. The agroindustrial complex was born in the 60's, during Franco's autarky. Almost sixty years later, this territory of Southern Spain has become the largest greenhouse in the world. The unsustainable invasion of greenhouses has expanded to exceed more than 30,000 hectares of Mediterranean nature. Adra, July 2021.