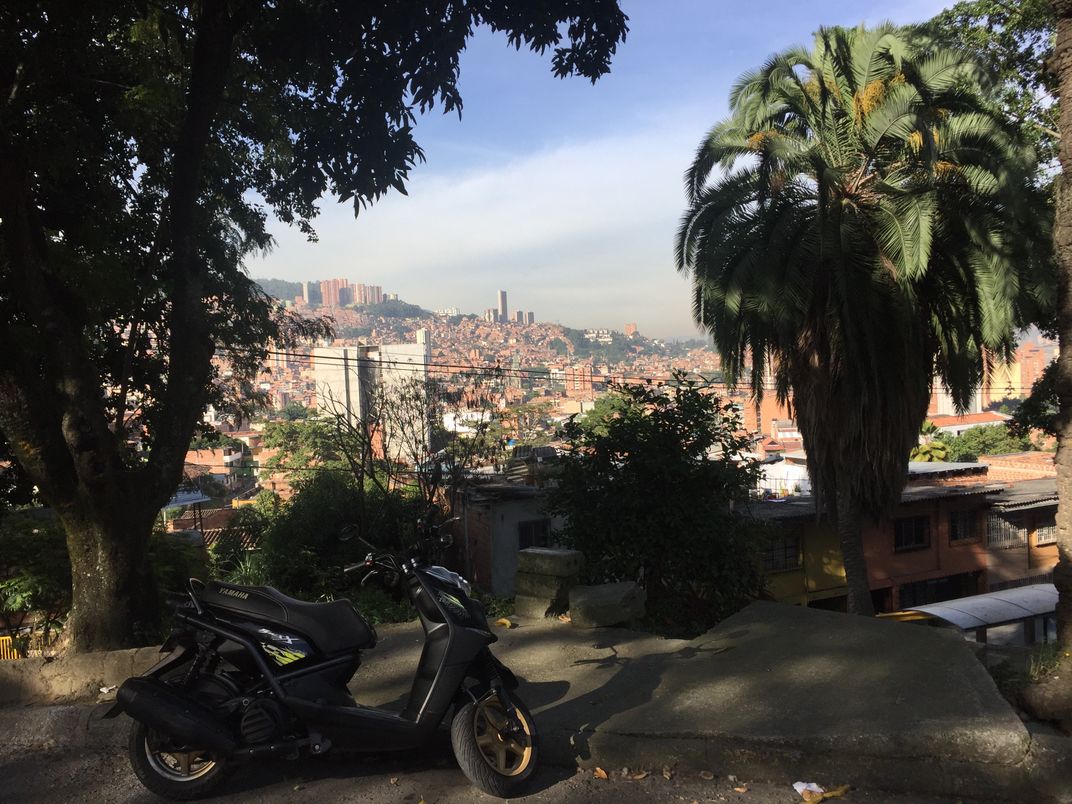 The striking topography in Medellín is part of what makes it so beautiful, but there are challenges that come along with it. Due to the historical development patterns of the city (starting in a deep valley and moving outward), sociopolitical events and migrations, topographical instabilities, and difficult/slow infrastructure implementation into the hills, many poor people settled (often informally) into the steep hillsides. Infrastructure is currently being expanded into the hillsides, even outside formal city boundaries. Additionally, large housing towers, likely including some seen in the distance, were built in part to provide better housing to some of the city’s poor in areas in which they were already living so as to minimize displacement. Some wealthier towers also exist in hillsides. However, the city has recently pushed against building more towers in the hillsides, partly for topographical stability reasons. Those in the city government want to further densify the city center in the valley with residential and mixed-use developments, and move industry outside of the valley to improve air quality. Behind this photo is a former jail which housed artists and writers; it is now a library-park, with a community center supportive of the arts.