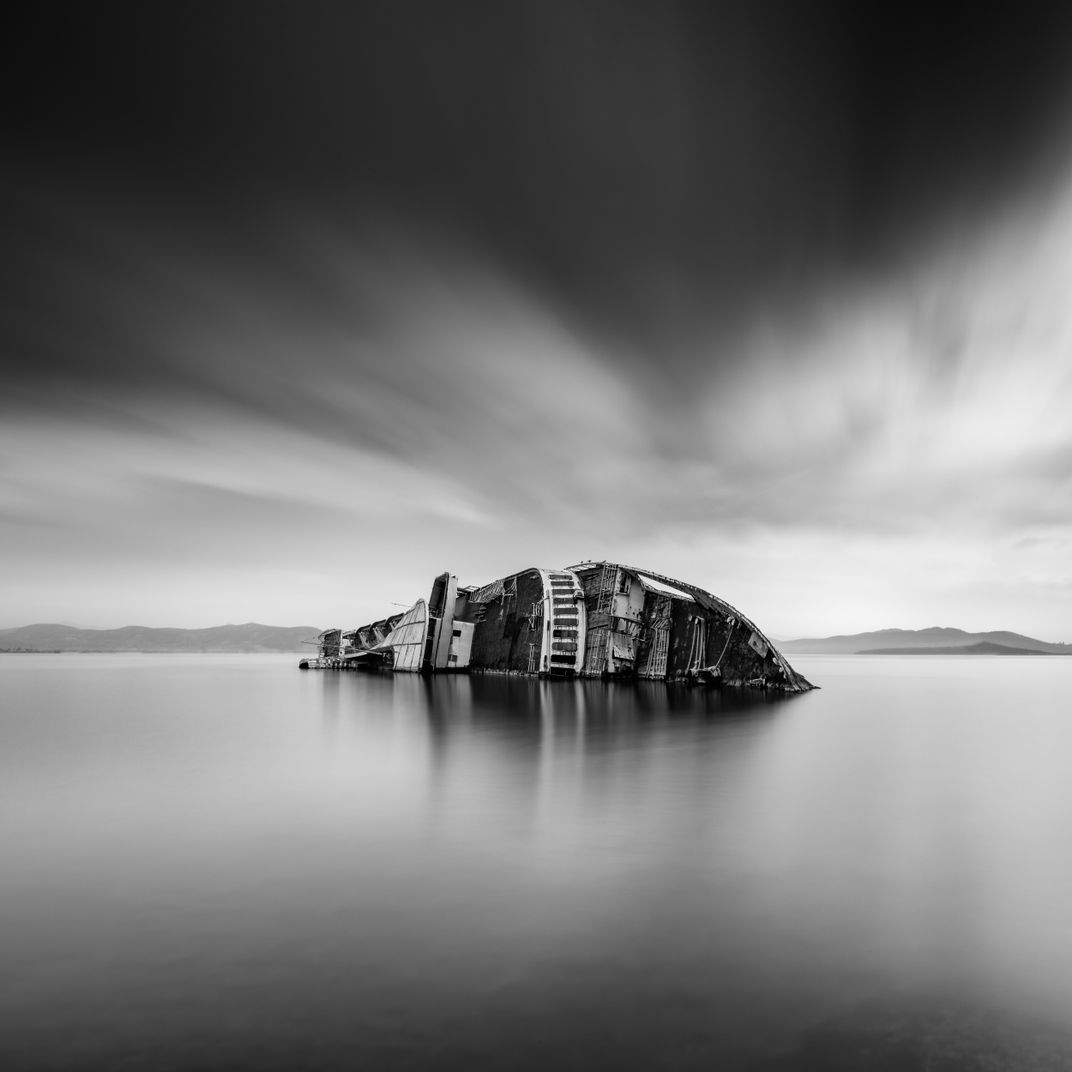 This is a long exposure photograph of the "Mediterranean Sky". Originally named "City of York", it was built in 1952, in Newcastle. The cruise liner departed for its 1st trip from London in November 1953. It was sold to Karageorgis Lines, Piraeus in 1971 and renamed "Mediterranean Sky". Along with its brother ship "Mediterranean Sea" it sailed its inaugural itinerary on the line Patras (Greece) - Angona and Brindisi (Italy). Its last voyage was in August 1996, after which it was repossessed due to company's financial troubles and was left in the port of Patras. Two years later it was towed to Eleusis Port where it remained abandoned until November 2002, when it began to take on water and sink. In an attempt to save it from sinking, it was towed to shallow water. In January 2003 the ship keeled over in its side in Eleusis Bay.