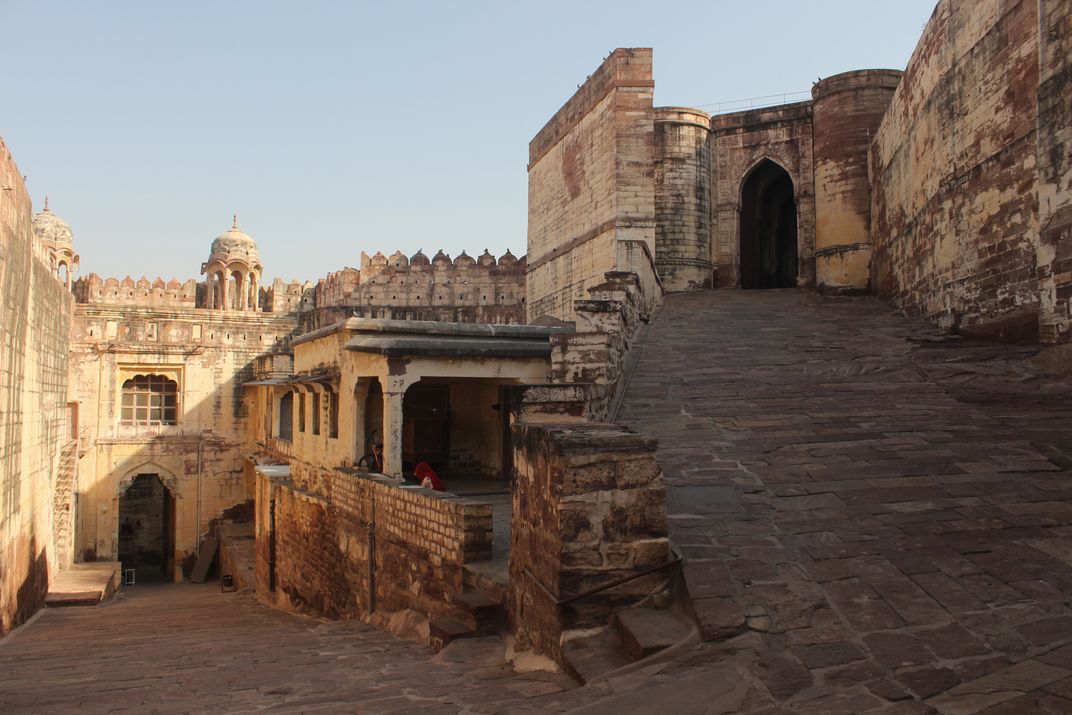 These walls will never forget the memories of the blood shed on them. Located in Jodhpur, Rajasthan is one of the largest forts in India. Built by Rao Jodha in 1459 the fort lies 410 feet (125m) above the city encompassed by its thick imposing walls. Winding roads connect the entrances and several expansive courts and palaces. In 1741 a military engagement between jodhpur and a combined army of Jaipur and the Mughal empire broke out, this came to be known as the famous battle of Gangwana. The Mughal empire was enraged with a recent involvement of Marwar (Jodhpur) with the Marathas during a recent battle. The Mughals at that time were at a conflict with the Marathas. In 1939 the lord of Nagor along with the Raja of Marwar besieged Bikaner. The Raja of Bikaner along with his brother Jai Singh, the ruler of Jaipur then threatened to invade jodhpur unless hostilities were ended. Jai Singh stationed his army close to the fort and threatened to burn it down. Jodhpur was forced to surrender and this greatly affected the nobility of the Rathores. Ultimately in 1741 Abhai Singh began to gather his forces at Jodhpur in preparation for a war of revenge against Jaipur. The imprints of impacts of canon balls fired by the attacking armies of jodhpur can still be seen today.