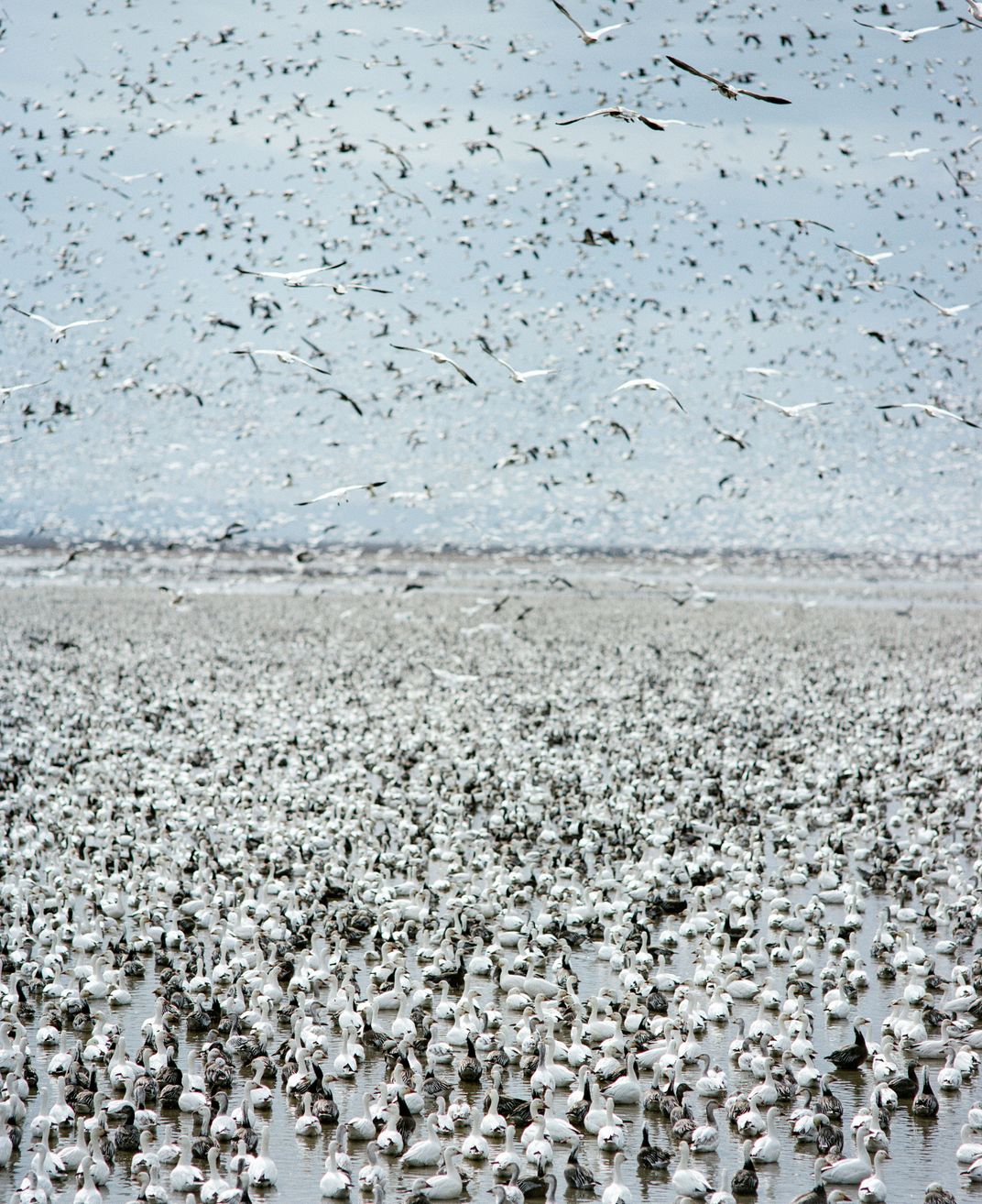 Created in 1935 by an executive order from President Franklin D. Roosevelt, Squaw Creek National Wildlife Refuge was established as a refuge for migratory birds and other wildlife. During the peak of migration, geese numbers can reach over one million birds. The original refuge name recognized a creek running through the property but the property was later renamed to Loess Bluffs National Wildlife Refuge in January 2017. The name change is due to the offense of the word 'squaw' within a contemporary context and part of a larger push to rename derogatory geographies across the American Landscape. Local residents and the representative, Republican U.S. Congressman, have met the federal name change by the Fish and Wildlife Service with contention. Opposition has cited overreaches of federal power; claims to local heritage; and the necessity to resist 'political correctness'. Legislation has been filed to repeal the name change. The new name Loess Bluffs pays homage to the unique 'geological formation of fine silt' found in the hills stretching from Northern Missouri to Iowa. This photograph is part of a set that documents the first, and possibly last, migration of geese to Loess Bluffs National Wildlife Refuge.