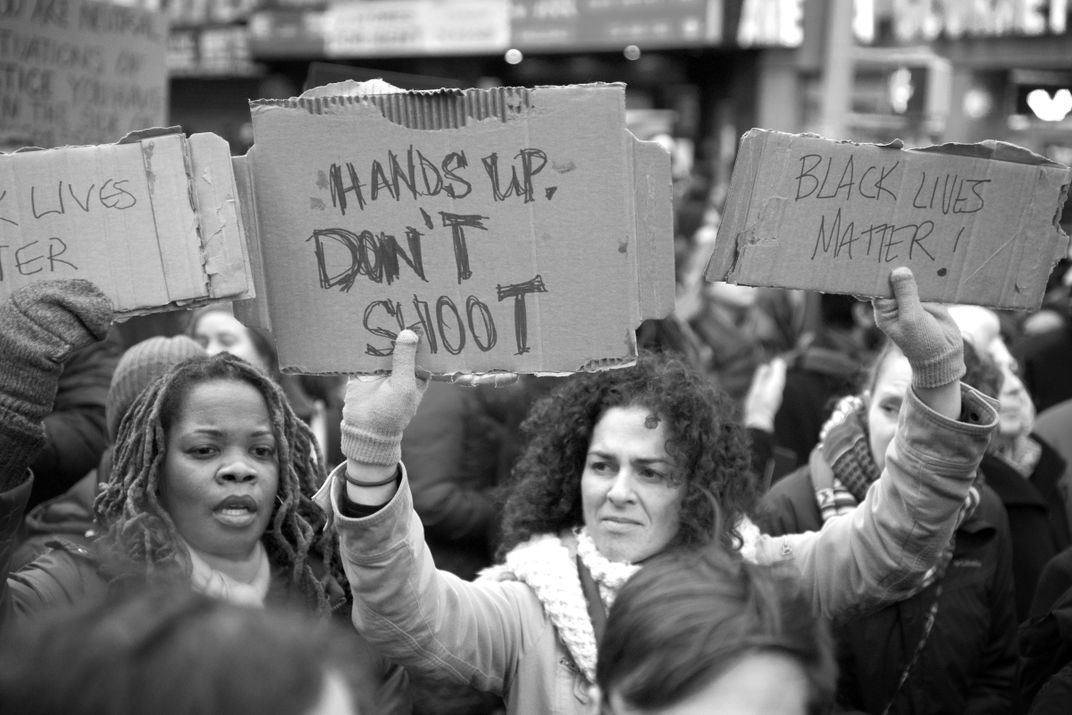 On Dec.13, 2014 nationwide actions against police killings and racial profiling included a "Millions March" that drew tens of thousands to the streets of New York City. It was the largest single protest of the post-Ferguson movement and the culmination of daily actions in New York City since a grand jury elected not to indict the police officer who killed Eric Garner. The sign in this woman's left hand refers to Black Lives Matter (BLM)- an international activist movement, originating in the African American community, that campaigns against violence toward black people. BLM regularly organizes protests around the deaths of black people in killings by law enforcement officers, and broader issues of racial profiling, police brutality, and racial inequality in the United States criminal justice system. The sign in her right hand reads "hands up, don't shoot". This is a reference to the killing of a teenage boy named Michael Brown at the hands of a police officer in Ferguson, Missouri. The boy allegedly had his hands up in surrender when the fatal shot was fired.