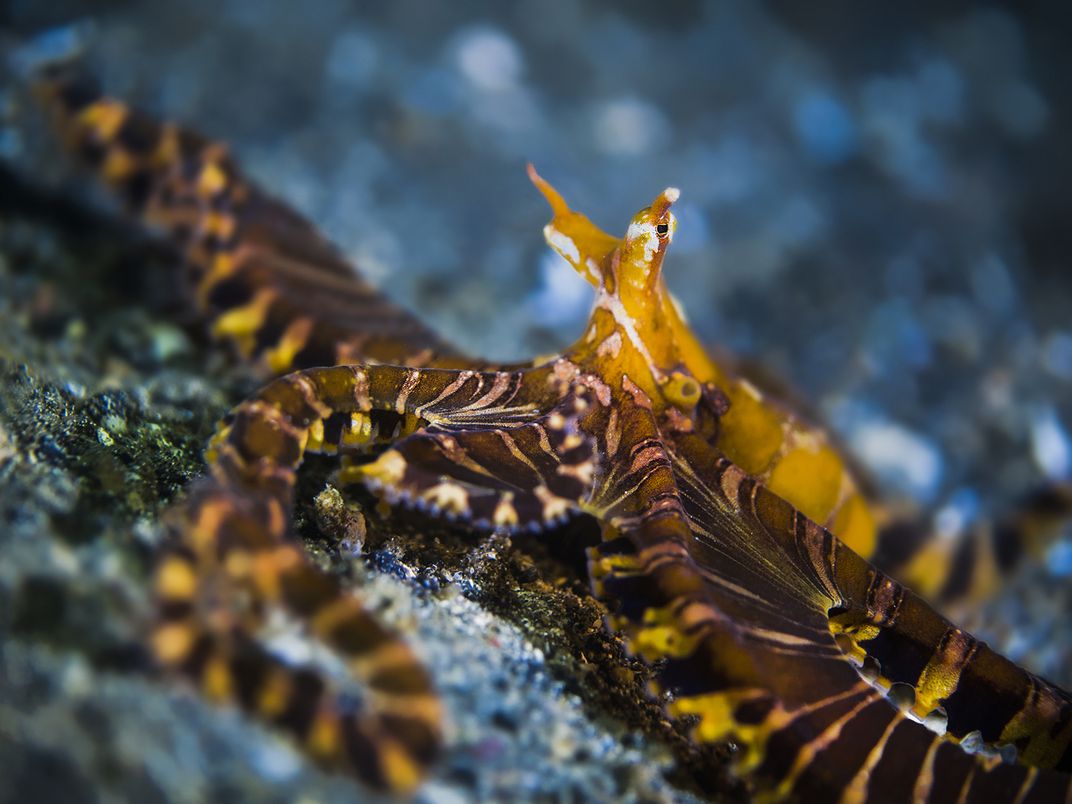 The mimic octopus (Thaumoctopus mimicus) is an Indo-Pacific species of octopus capable of impersonating other local species and/or predators. They are notable for being able to change their skin color and texture in order to blend in with their environment, such as algae-encrusted rock and nearby coral through pigment sacs known as chromatophores. The mimic octopus possesses chromatophores as well as the unique behaviour of taking shape of various objects and animals. The mimic octopus is the only currently known marine animal to be able to mimic such a wide variety of animals. Many animals can imitate a different species to avoid or intimidate predators, but the mimic octopus is the only one that can imitate as diverse a range of forms in order to elude predators.