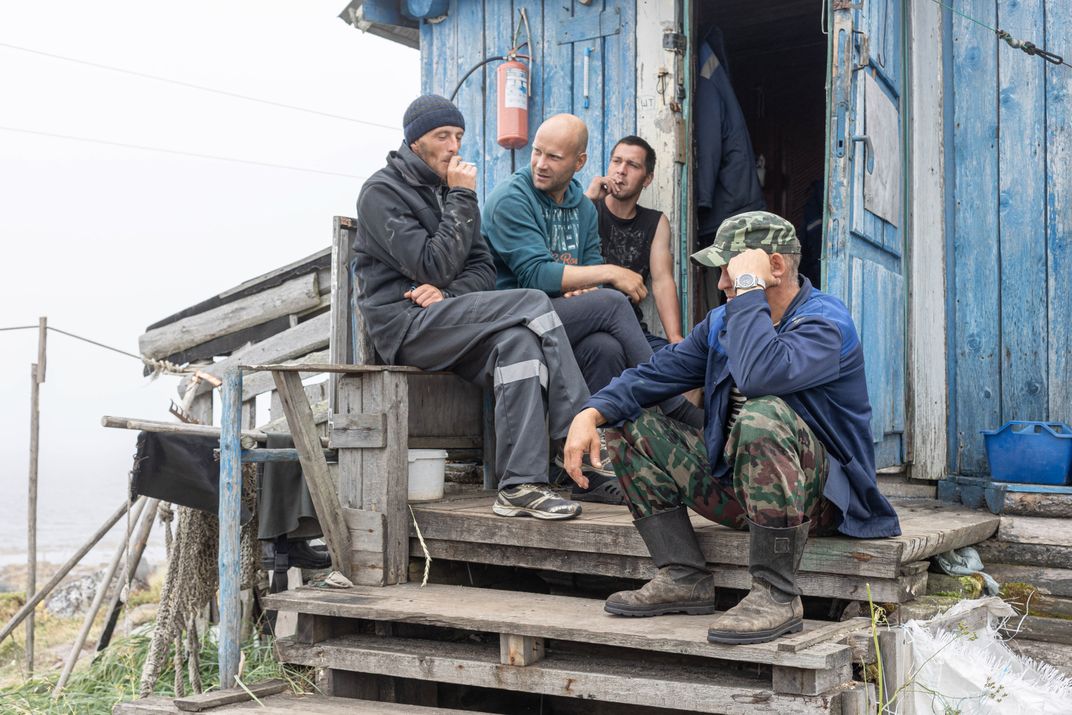 A story about a community of people mining seaweed on the Malaya Muksalma island in the Solovetsky archipelago, in the very north of Russia. The island is located in the White Sea, near the Arctic Circle. This is a unique kelp of such quality and in such quantity on the territory of Russia it grows only here. Algae mining began in the middle of the 20th century for the needs of the military-industrial complex of the Soviet Union, from which they made artificial blood. Now they are used in medicine and cosmetology. From the island, algae are taken to the plant in Arkhangelsk, from there they are sent throughout the country and beyond. Algae miners live on the island from May to November and go by boat every day to mow the algae in the sea. In the second half of the year, they go home. Algae miners maintain friendly relations with each other. As one of the workers said, here people show the best qualities, because they are at the end of the world in the middle of the sea and do not go anywhere from each other. Therefore, everyone makes an effort to live without conflicts.