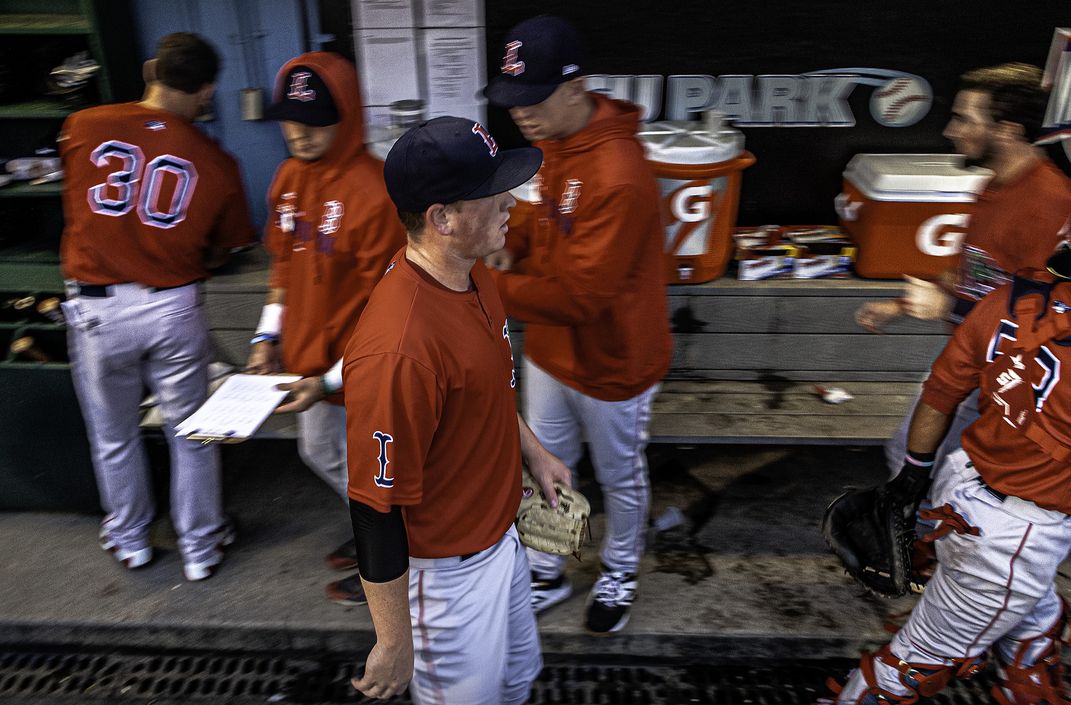 During Game 3 of the New York-Penn League Championship on at Brooklyn's MCU Park September 10, 2019, players from the Lowell Spinners, enter the dugout between innings. Lowell lost to the Brooklyn Cyclones 4-3. The win secured the Cyclones' second league title in organization history. The game was the last played by the Spinners, the Short-Season Single-A affiliate of the Boston Red Sox, before Major League Baseball announced plans to contract the number of Minor League teams from 160 to 120. The Spinners are currently awaiting a decision from the Red Sox as to whether or not they will remain an affiliated club.