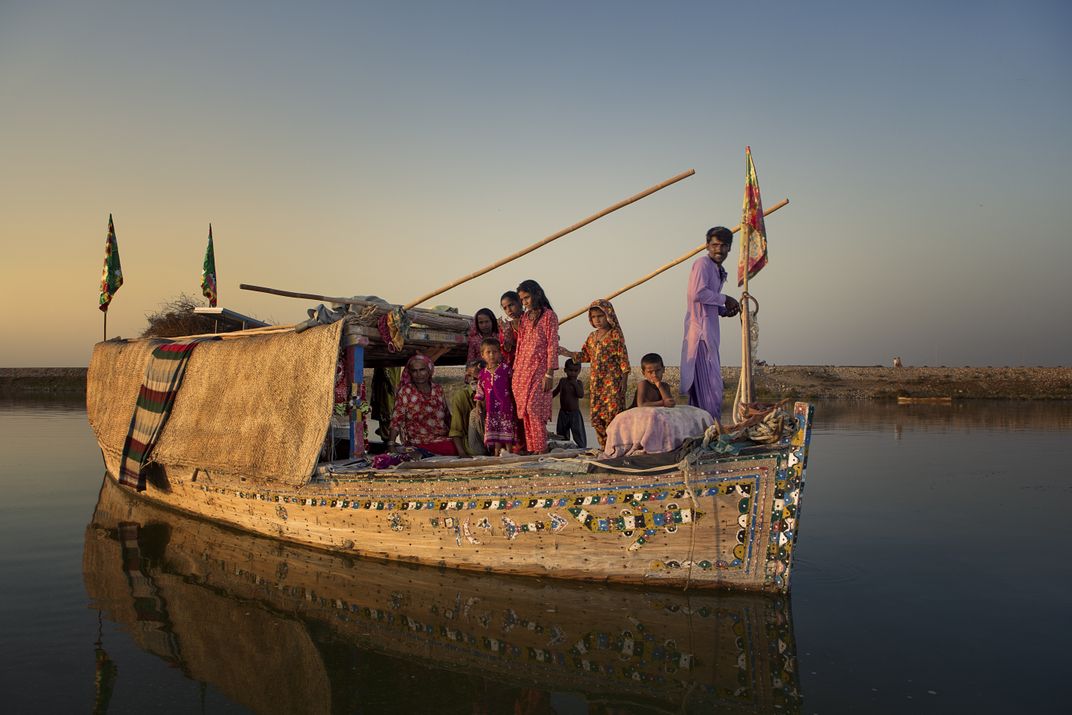 In the Sindh region of southern Pakistan, a tiny Mohana community still lives in the one remaining floating village on Lake Manchar. What was once a fishing paradise is now contaminated by toxic industrial waste discharged into the waters of the vast lake, as large as an inland sea.Once-abundant fish stocks have gradually shrunk due to industrial effluents, declining water levels due to low rainfall, and the construction of barrages and dams on the Indus River.Having lost the resources that came from fishing, the mohana people have often had to abandon their traditional lifestyle on the water in houseboats.