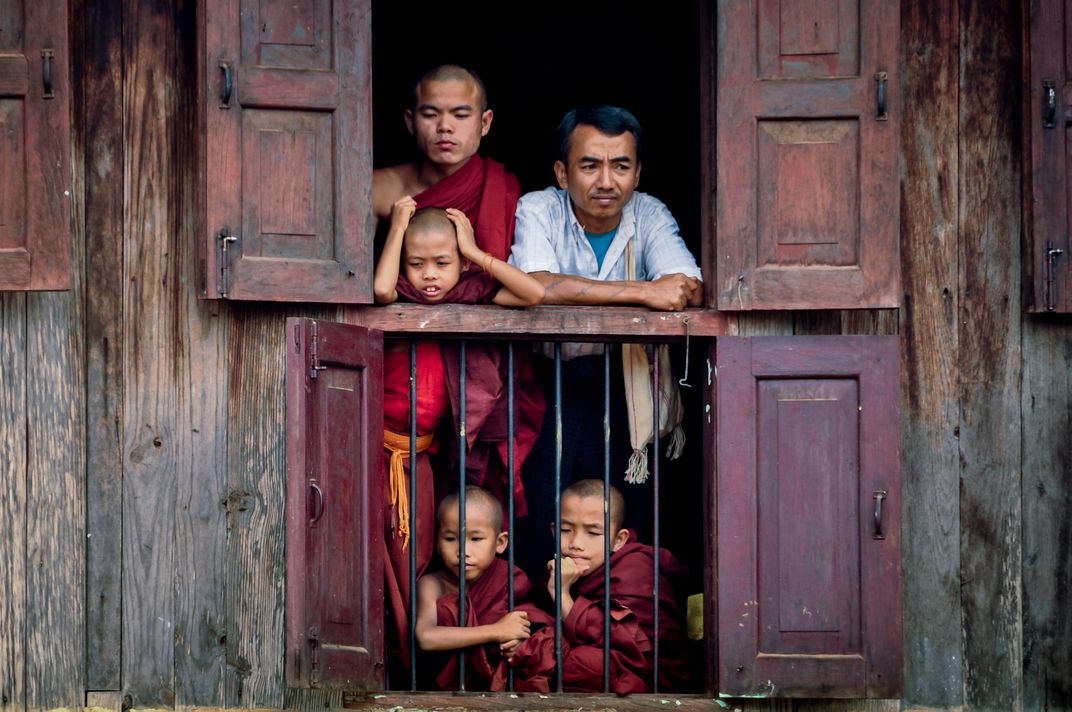 Hiding behind faith, families seek refugee in monastic orders to hide children from forced military enslavement, often sending their kids to live in temples at an early age. Though religious laws in Myanmar require people to serve as monks twice in life, one before eight years old and another after 18, but what was required to be nine days of temporary monkhood often turns into months, and for some, into years of worship in order to escape from being the pawn of war and power.