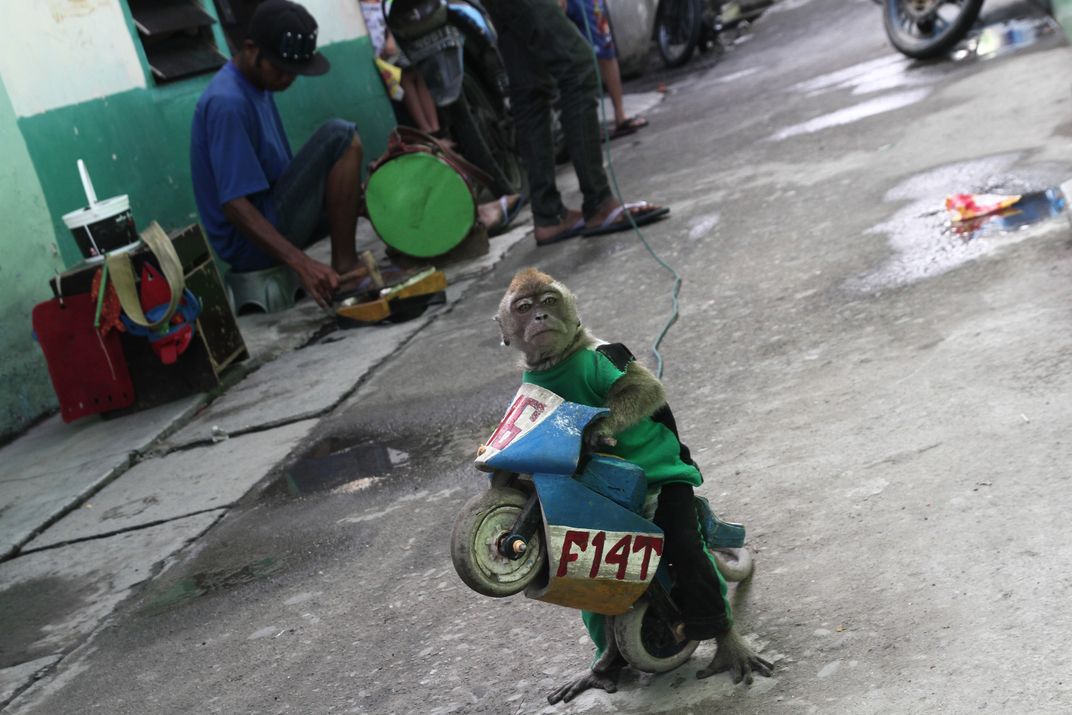 Jackie, as a trained monkey, take part in the performance on May 31, 2015 in Medan, North Sumatra, Indonesia. Street performances usually involve the monkeys wearing a mask, like a doll's head 'or clothing to mimic humans, the monkeys are trained to act human activities such as shopping, riding a bike or other simulations of human behavior. Poverty drives monkey handlers to exploit the hopes of getting a small change, but the effect and cruelty to monkeys is a charitable cause.