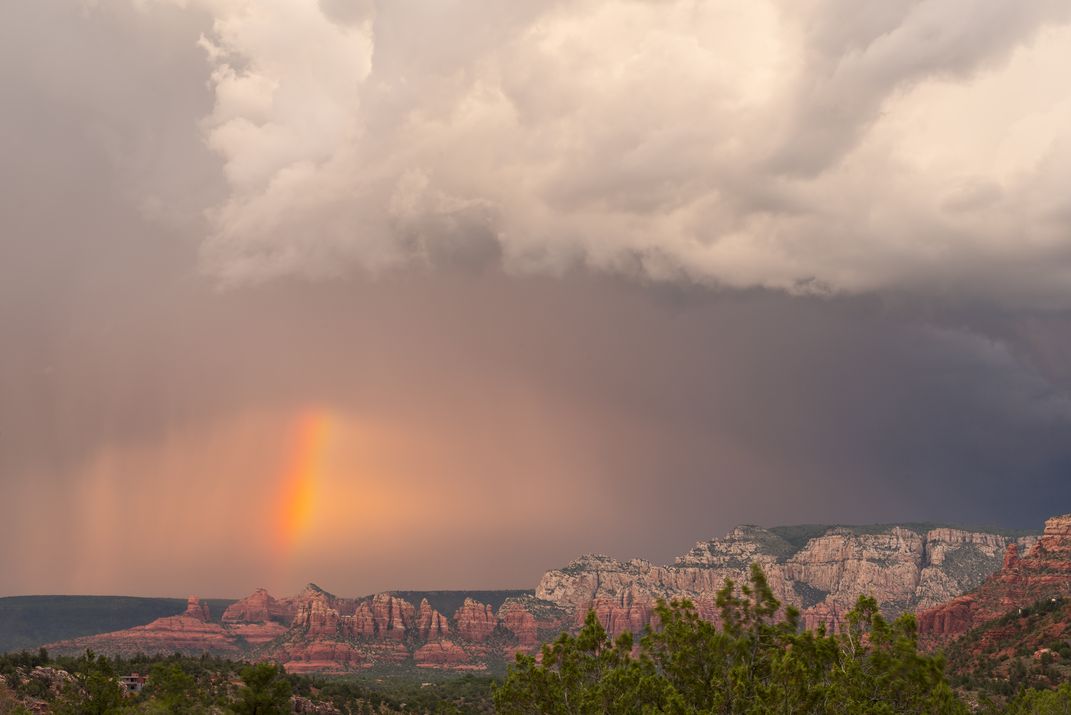 Monsoon season is a wonderful time of year to travel to Sedona, Arizona. The skies are often dramatic and enticing. The quartz embedded in the sandstone of the red rocks make the appear to glow as the afternoon sun shines down upon them. I was hiking on the mesa when a sudden storm evolved. High winds and lightning filled the air and the clouds began to transform into an angry looking event. The rain was pelting,the wind howling, and the lightning was causing the hair on my arms to raise. I knew that it was time to run for shelter but I turned around and was enamored by the scene unfolding behind me. This beautiful rainbow began to appear as the sun gently peaked through the clouds in the distance. The red rocks were glowing and I just had to capture this image. The hail began and it was time to go. Shortly after I began to run, the sky erupted into a total deluge of water and the sky turned completely gray. I was treated to a wonderful show of nature that glorious afternoon in Sedona.