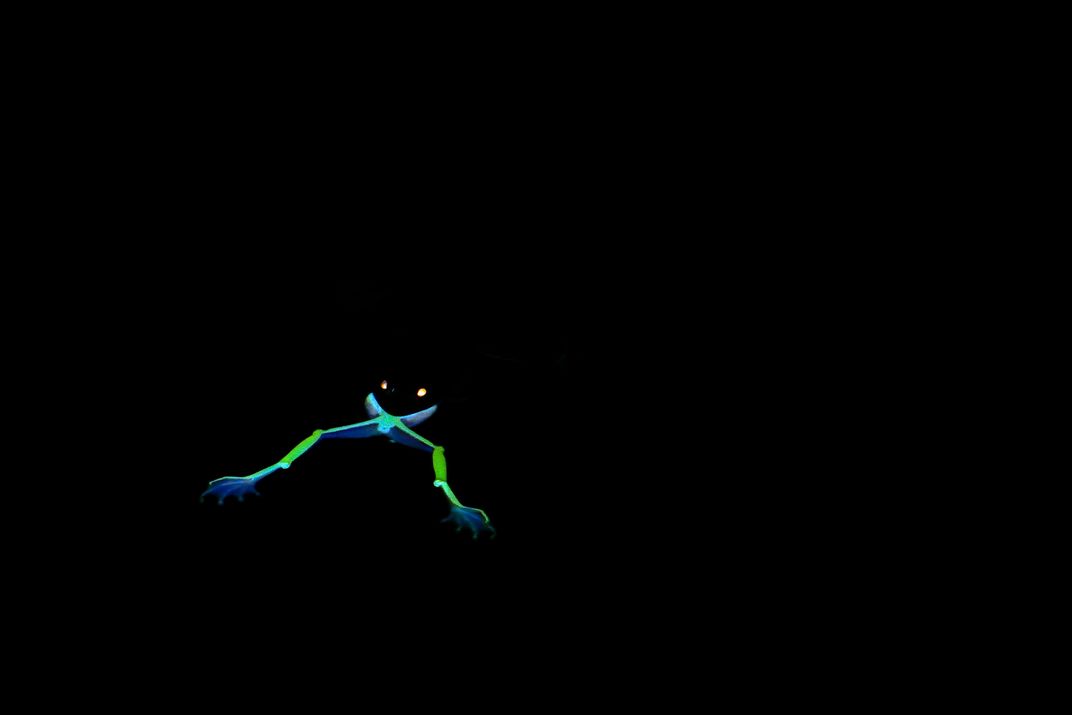 This unusual image seems almost artificial, like an acrobatic stunt. The (possible accident) art is impressive enough, but the natural history depiction is even more so. Western Ghats of India are a unique mountain range that harbors an incredible diversity of flora and fauna providing photographic opportunity. Species description: Rhacophorus lateralis (Winged Gliding frog): is an endangered species of rhacophorid tree frog endemic to the Western Ghats in South India. Its natural habitats are subtropical or tropical moist lowland forests, intermittent freshwater marshes and plantations. A tree frog species which eluded scientist for centuries & later rediscovered after 120 years. It has only been recorded in some parts of Karnataka (Coorg and Chikmagalur) and in Kerala (Wayanad). It's one of the few nests building frog in Asia. After successful mating female uses leaves of plants on overhanging water body to build a foam nest by folding the leaf together or covering with a second leaf. The eggs hatch into tadpoles in approximately two weeks on the leaf itself and wriggle themselves free (aided by rain) and drop into the water. I have been observing Rhacophorus lateralis from last five years and had not a single chance to hear and record their vocal call. This monsoon I was determined to know more about Rhacophorus lateralis which are secretive and are found close to my home town (Chikmagalur) in coffee plantations.