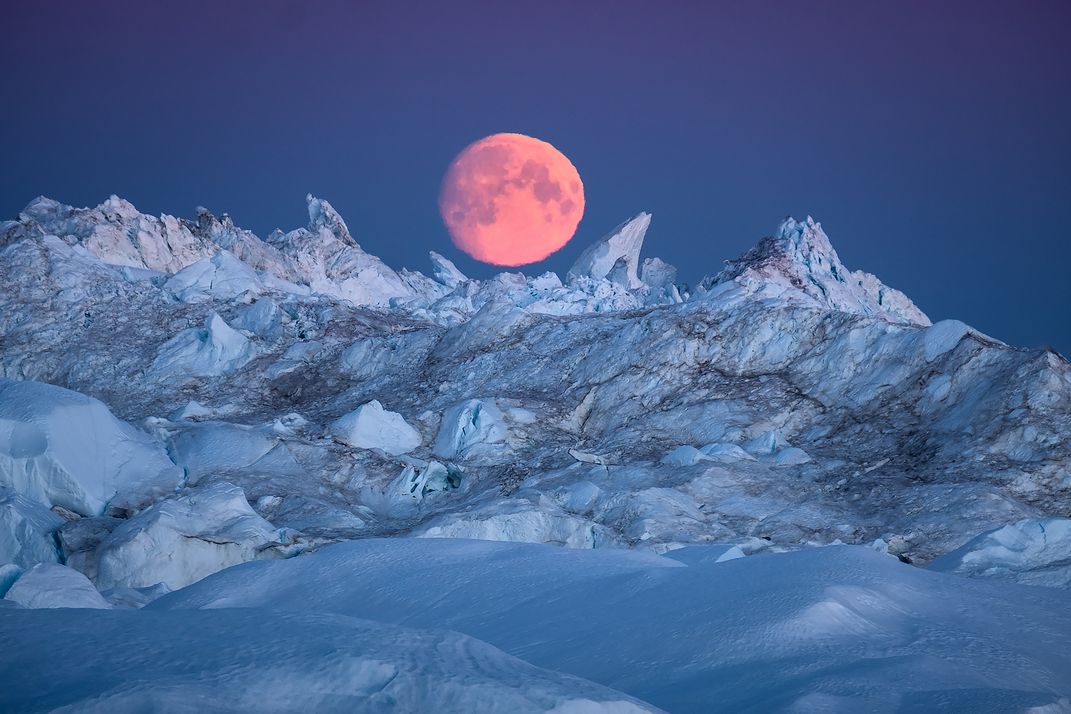 Midnight, Fjord Kangia, Greenland, where icebergs "park" for up to two years after separating from Sermeq Kujalleq Ilulissat glacier and before moving into Ilulissat Fjord. Icebergs breaking from the glacier are often so large —up to a kilometer (3,300 ft) in height— that they are too tall to float down the fjord and lie stuck on the bottom of its shallower areas, sometimes for years, until they are broken up by the force of the glacier and icebergs further up the fjord. On breaking up the icebergs emerge into the open sea and initially travel north with ocean currents before turning south and running into the Atlantic Ocean. Larger icebergs typically do not melt until they reach 40-45 degrees north —further south than the United Kingdom and level with New York City.