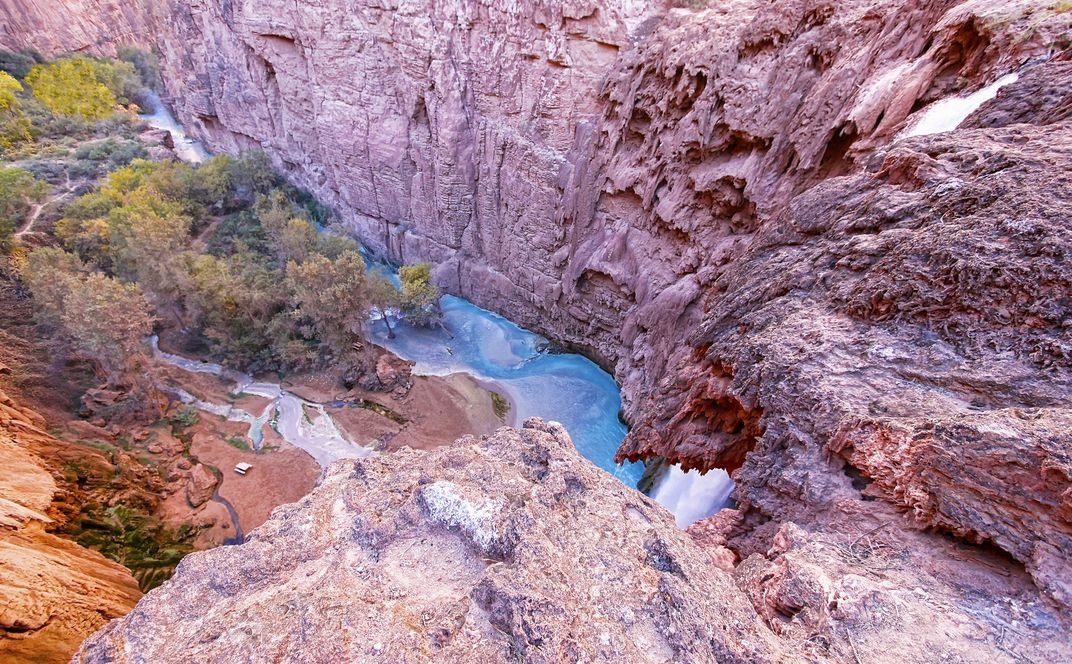 Mooney Falls, the third major (and last) waterfall in Supai, Havasupai Indian Reservation. The reservation is hidden in the south rim of the Grand Canyon, and has no developed paved roads leading to the only village of Supai. One has to hike down the canyon, take a mule ride or arrange to come in our get out by helicopter (3-4 times a week). Mooney Falls are considered sacred by the Havasupai people, and its natural beauty is indescribable. Preceeded by Navajo and Havasu Falls, Mooney Falls shower the stream which, at that point, and after an 8-mile meandering journey, pours into the Colorado River in the Grand Canyon.