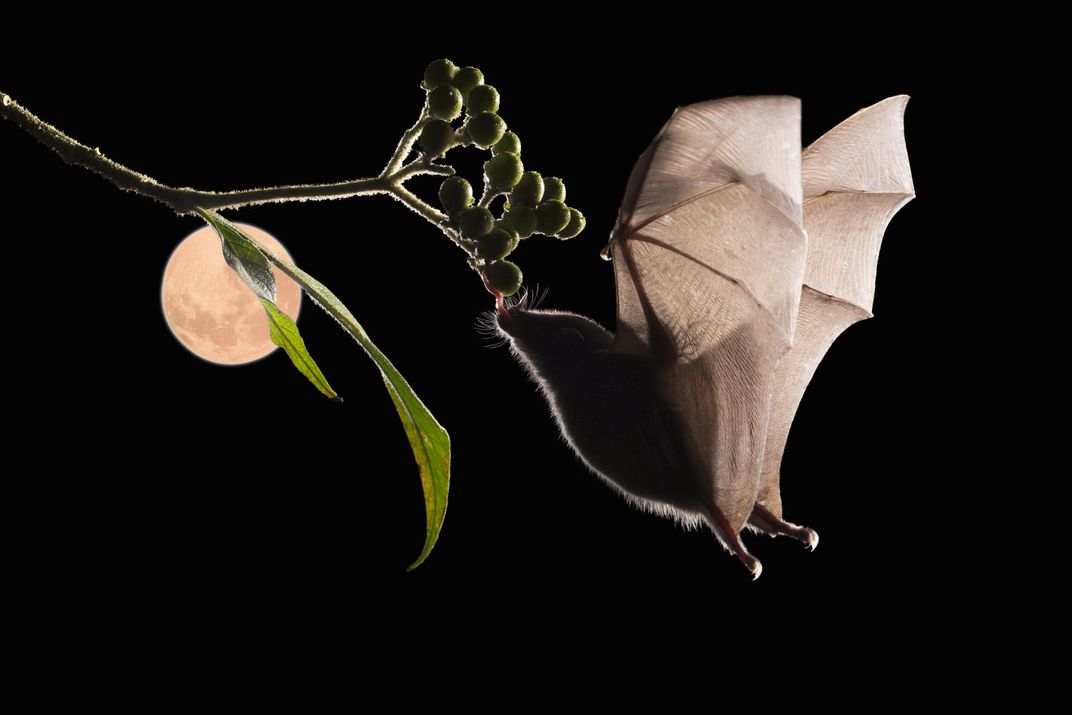 Costa Rica is home to more than 500,000 species, which represents nearly 4% of the total species estimated worldwide, making Costa Rica one of the 20 countries with the highest biodiversity in the world. This Geoffroy’s tailless bat is primarily insectivorous, with up to 90% of its diet consisting of moths and beetles. However, they also eat some fruit and lap up nectar and pollen from a wide range of flowers, and has even been reported to subsist entirely on nectar in some parts of its range.