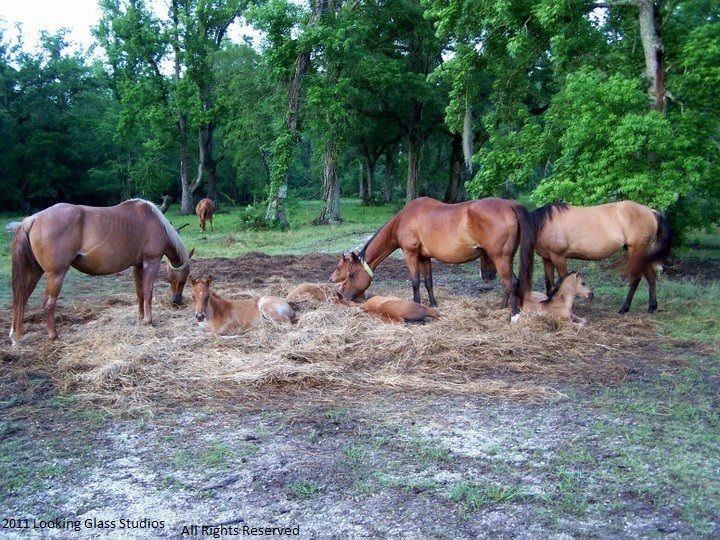 This was a surprise to me when I took it. I was on my way home from work one morning, and was passing a pasture where I had seen these mares standing around the hay. Thinking it would be a nice picture, I stopped, and crossed the highway with my camera in hand, but as I got closer, I saw one of the fowls raise its head, and that's when I realized the mares were standing around their sleeping babies, who were resting on the hay. Two of the fowls raised their heads, and that's when I snapped the shot.