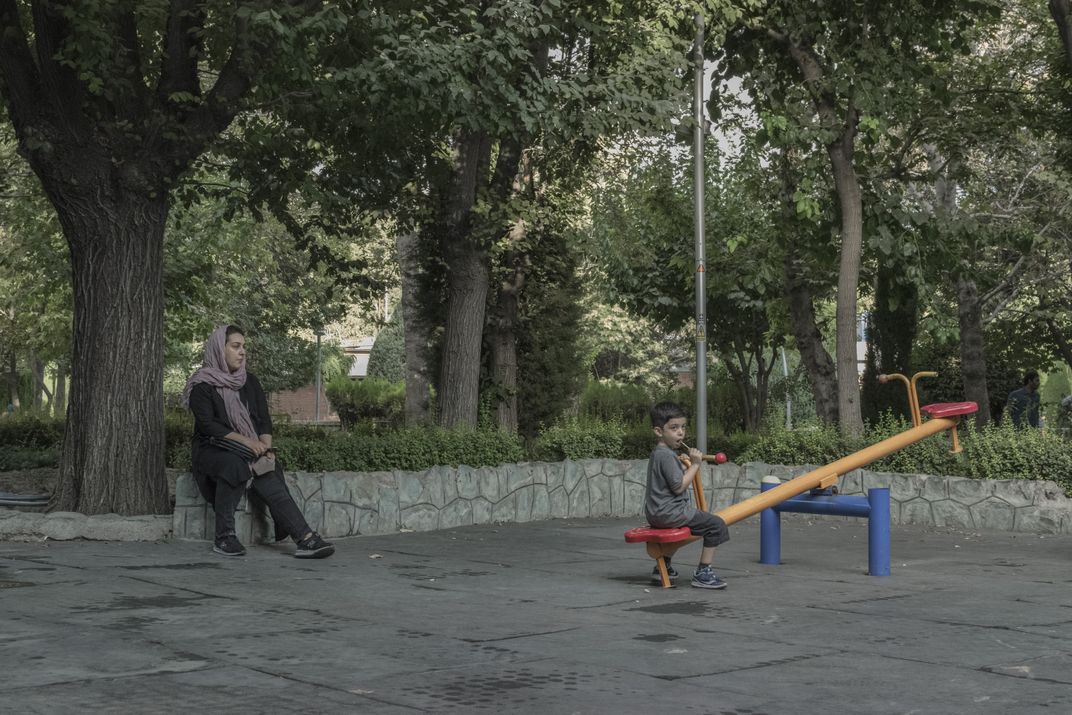 I saw a mother and her son in a playground. The kid was sitting on an end of see- saw and her mother was watching him. The son had no sibling or friend to play with him. He was watching the other kids playing together. His eyes were full of confusion. He was simply chewing on his lollipop. The thing that got my eye was the empty distance between the mother and her kid. Although she was observing her son, she didn't try by any means to play along with him or entertain him in some ways. There was a cold atmosphere to this scene.