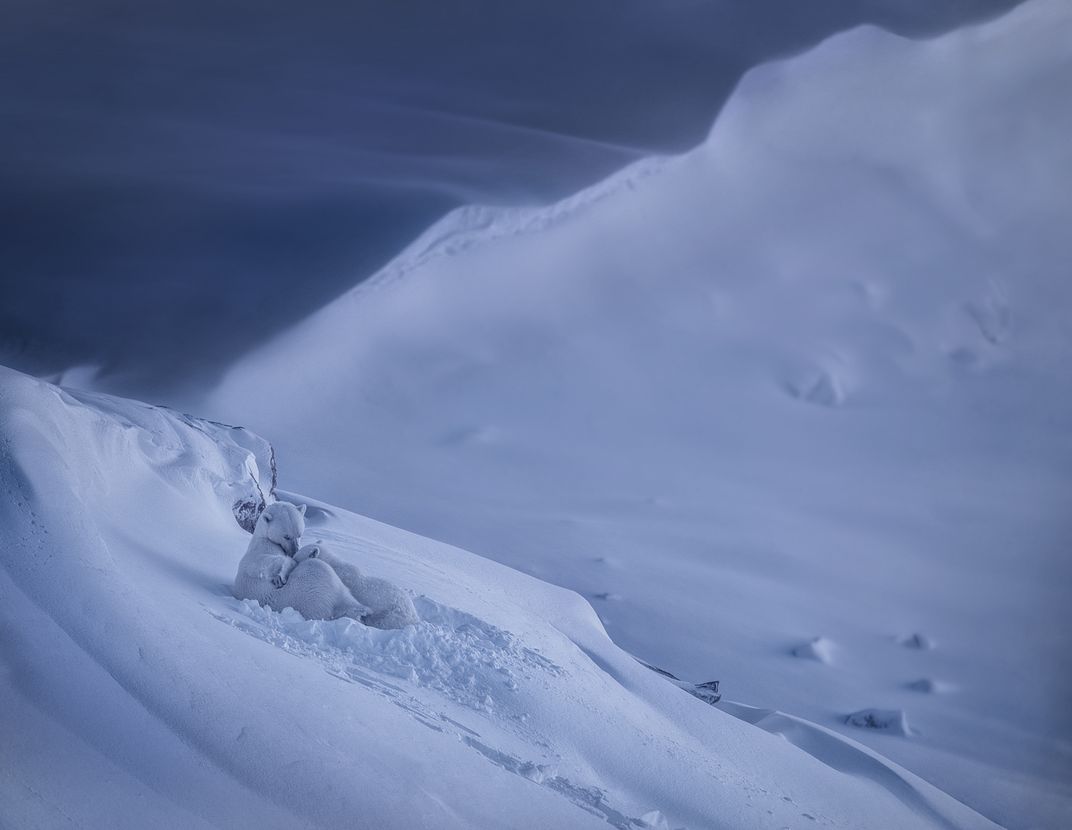 I was on an extreme expedition with my brother and daughter in East Greenland where our mission was to document the natural history with dog sleds as our only means of transport. We joined two locals, Izak and Age, from Ittoqqortoormiit on their journey to Jameson Land. Earlier this morning, the wind speed dropped, and the dogs became restless. To Izak, these are the tell-tale signs of a polar bear in the vicinity, and we soon find two sets of tracks. Polar bears amble at around 5km per hour, but it isn’t until the sun sets that a mother bear revealed her cub to us.