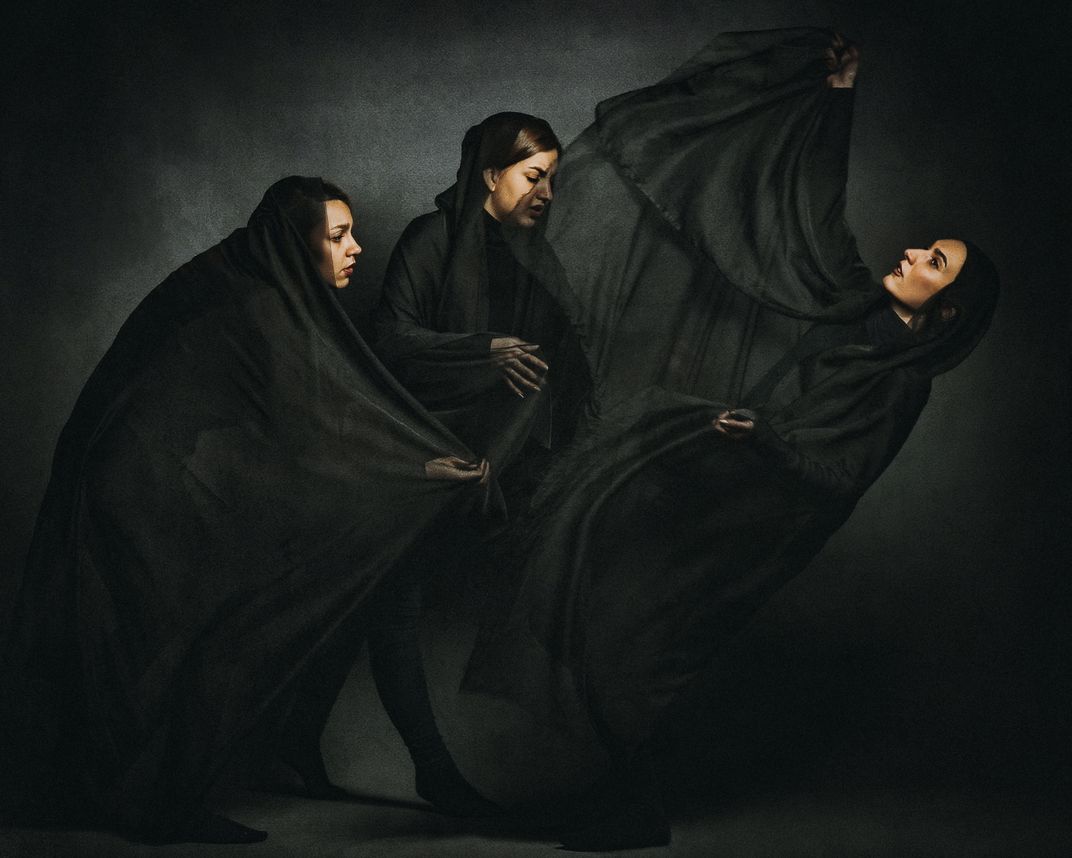 War is defined as a long-term structured conflict involving the use of arms and weapons between nations, governments and different groups, which is associated with severe hostility, social disruption, and excessive financial loss and casualties. Today, we constantly witness such conflicts across the world, with the media spotlighting the loss of thousands of soldiers and death of civilians during wars. However, we are rarely informed on the survivors of wars and their destiny. What becomes of them? How does war influence the lives of those who have lost their loved ones? How do women mourn the deaths of their husbands, fathers and brothers and cope with such grave tragedies ? These contemplations have urged me to start a project in order to shed light on these events and reflect the grand suffering of war survivors only partly. My photographs have been inspired by the works of Renaissance and Romanticism painters, and this can be seen in the classical lighting techniques and pictorial editing of the works. In addition, the black veils on the models signify the spiritual aspect of the photographs, symbolizing the catharsis born out of a plethora of grief and agony