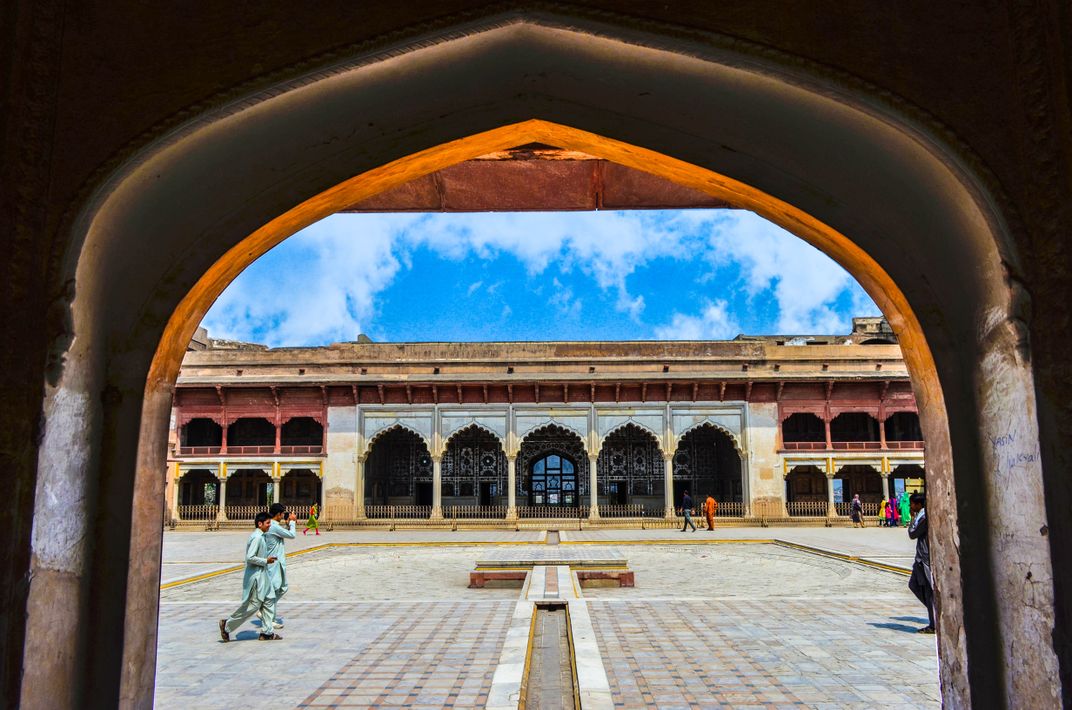 Mughal Emperor Shah Jahan had Sheesh Mahal (Palace of Mirrors) constructed in a section of what is now called Lahore Fort, located in Lahore, Pakistan. Mumtaz Mahal was the emperor's most beloved wife and he promised to grant her everything she asked for. One day she asked Shah Jahan for all the stars in the sky. To make her wish come true, he constructed a special room where the ceiling is filled with carefully placed mirrors in such a way so that when a candle was lit in the room the mirrors all shined like the stars. The ornate white marble throughout the palace is inlaid with pietra dura, artwork painted in gold, and mirrors to liken the stars. Sheesh Mahal is now a UNESCO world heritage site and closed off to the public.